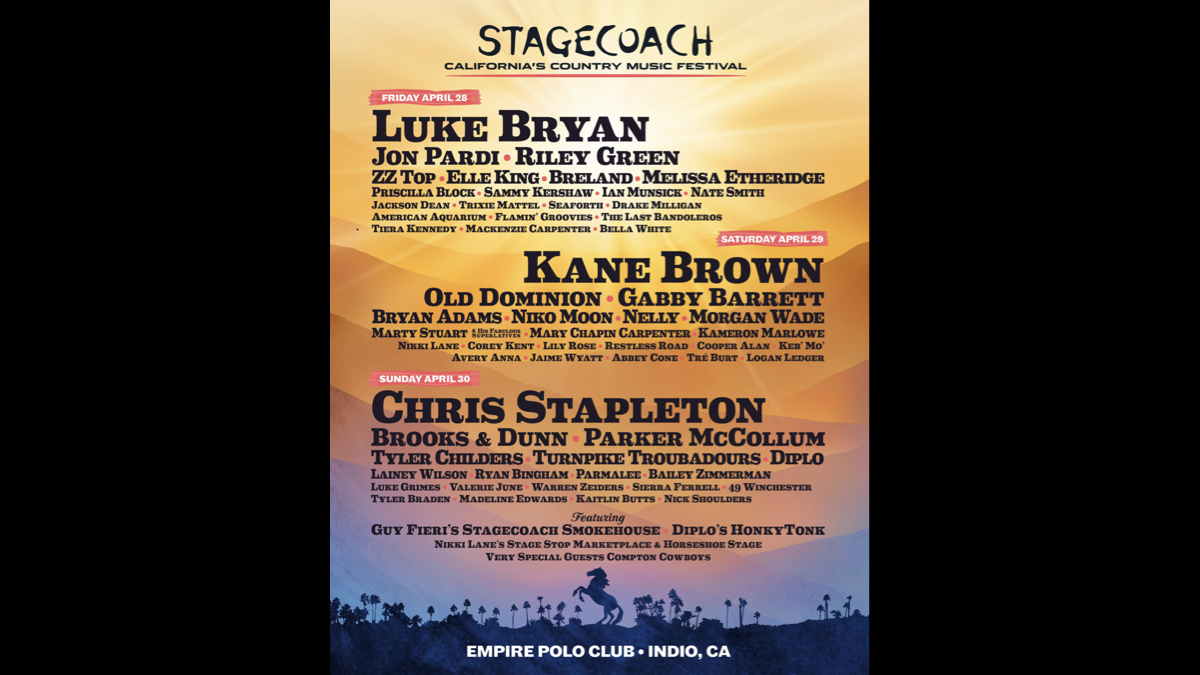 Luke Bryan, Kane Brown, and Chris Stapleton have been announced as the headliners of next year's Stagecoach Festival that will be taking place on April 28th through 30, 2023 at Empire Polo Club in Indio, CA.

Bryan had this to say, "Every time I've played at Stagecoach it's even better than the time before. They have a history of delivering such an amazing fan experience that fans want to come back year after year. It's the perfect kind of energy and I look forward to being back."

Kane Brown added, "Stagecoach, I'm so pumped to come back and headline, and y'all better be ready for the energy we are about to bring there. We've been looking forward to this for a long time."

DJ, producer and songwriter Diplo will be curating the Honky Tonk Dance Hall's DJ sets. He said, "Stagecoach is one of my favorite places to play on earth.

"There's nothing quite like it - what started as an experiment has become some of the most fun I have all year. I really wanted to go all out this year, so we're taking over the Honky Tonk and making my party bigger than ever. Stoked to see y'all."

See the full lineup below:
The STAGECOACH 2023 lineup is as follows: