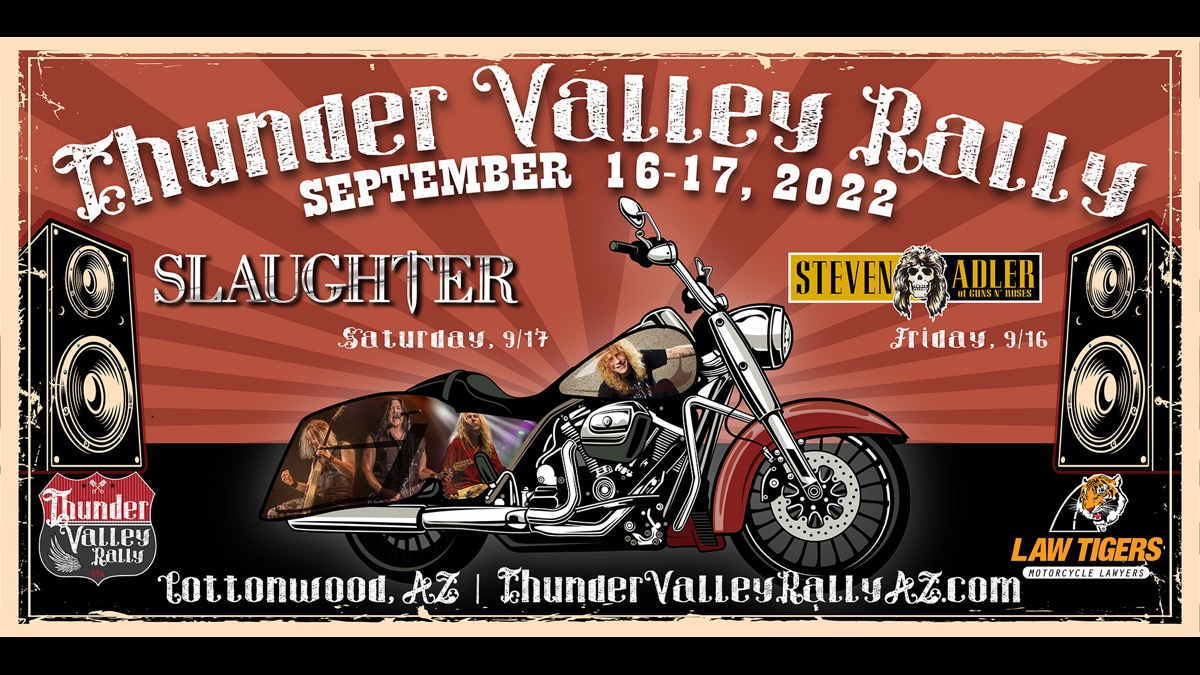 "Me and the band love coming to Arizona. It's a thrill to be a part of the Thunder Valley Rally. We're looking forward to playing some great music and hanging out with all the fans," notes Adler. "Michael, Alistair, and Ari are the real deal. We'll give you the true rockstar experience - a night you'll never forget!"

The multi-day rally will feature Adler headlining on Friday, September 16 and Slaughter headlining the next night on Saturday, September 17. "Slaughter is another great band that we're always happy to share the marque with," praises Alder. "Mark Slaughter and his whole band are world-class rockers."