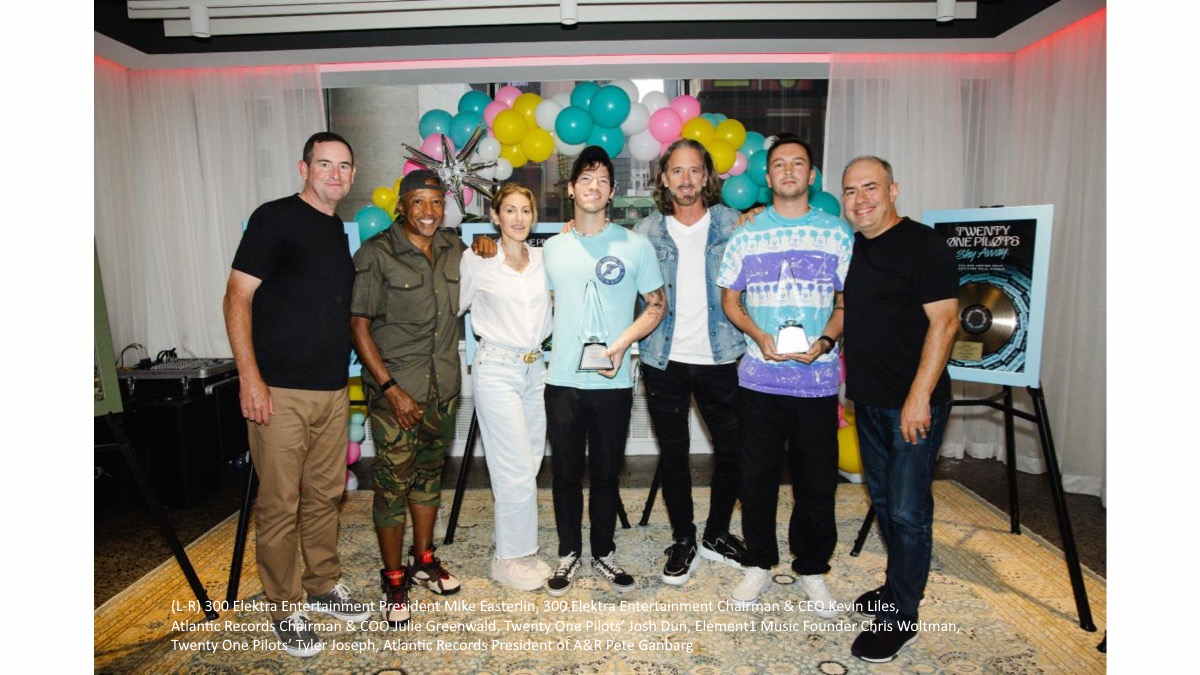 This notably marks the group's second Diamond award elevating them to rarified air as one of only 18 artists ever to earn multiple Diamond singles certifications.

Twenty One Pilots previously made RIAA history in 2018 when their 5x Platinum 2015 full-length, BLURRYFACE, which features the Diamond certified smash hit "Stressed Out," became the first album in the digital era with every song receiving a Gold, Platinum, or Multi-Platinum certification from the RIAA.

A year later, its 2013 predecessor Vessel repeated the same feat making Twenty One Pilots the first artist / group with two albums to reach this landmark achievement.

They are currently traversing North America on "THE ICY TOUR 2022." The headline arena run is set to continue through late September before concluding with a performance at Seattle's Climate Pledge Arena on September 24th

Twenty One Pilots To Rock Clubs To Arenas With Takeover Tour

Twenty One Pilots Music and Merch