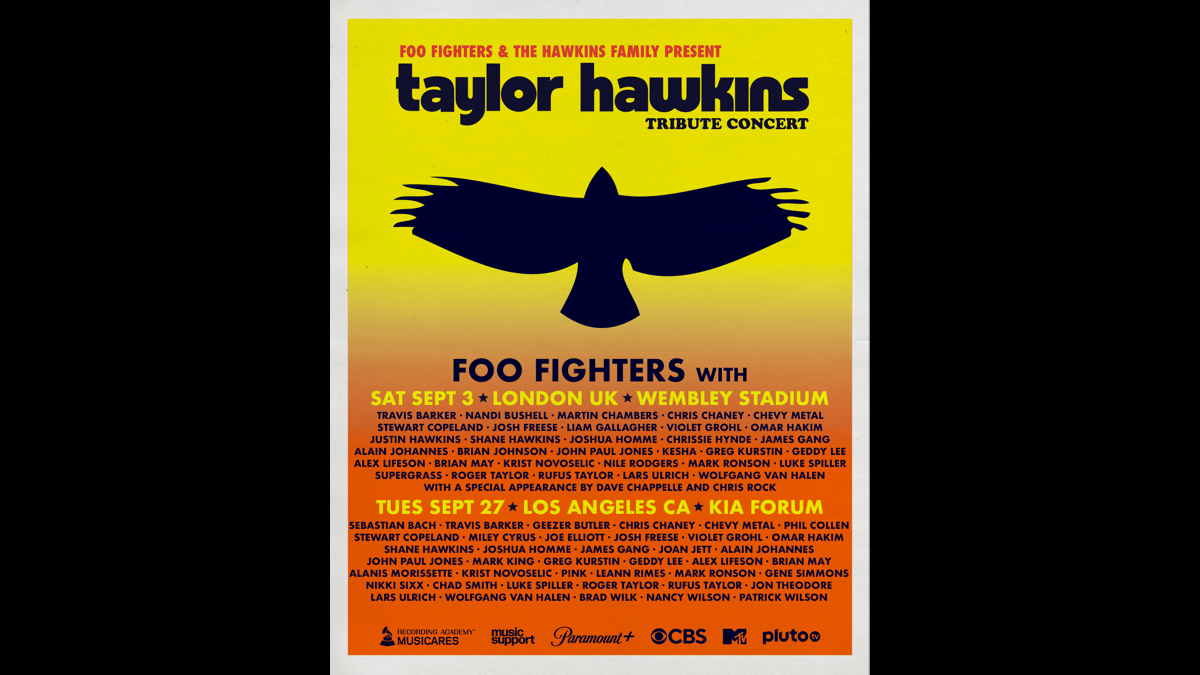 Rush have shared a video of their performance of "Working Man" from the Taylor Hawkins Tribute Concert in Los Angeles and also reflected on performing their final concert with Neil Peart on the same stage.

In August of 2015, Rush played at the same venue as the final stop of what would be their very last tour, as well as final concert with Neil Peart, who passed away in 2020.

The band took to Instagram to share a video from the Hawkins tribute concert and wrote, "For the first time since August 1st, 2015 we returned to the stage at the LA Forum, scene of the very last performance with our lost brother Neil.

"This time it was for the second Taylor Hawkins Tribute and sitting behind the throne were 3 wonderful human beings, who also happen to be spectacular drummers.. Dave Grohl, Chad Smith and Danny Carey.... Talk about being spoiled... but the best, yet bittersweet part of this whole deal is that no one would have loved witnessing that more Taylor himself.

"Rest In Peace Hawk, as we keep Alison, Shane, Annabelle and Everleigh Hawkins along with the entire Foos Family in our thoughts." Watch the video here.