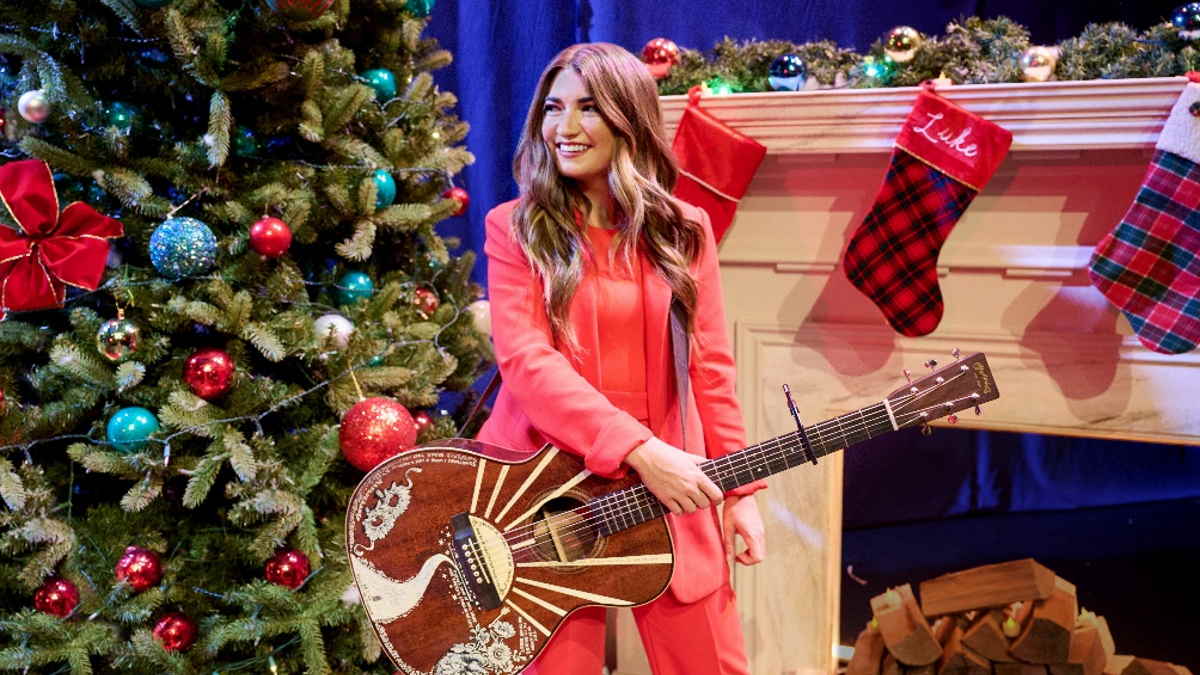 "Growing up in my house at Christmas time, we always had the Hallmark channel on. It always set the scene for the holiday season, and this is truly such a cool full circle," said Townes. "It was an honour to be a part of this and it was such a fun experience getting to say a few lines and put on a concert in a movie for the first time! The entire crew and cast were lovely to work with and I loved learning how it all comes together. Can't wait to celebrate the holidays, being a part of this movie this year!"

Starring Holland Roden ("Mayans M.C.") and Tyler Hynes ("Letterkenny"), "Time for Him to Come Home for Christmas" is a new original premiering Saturday, November 26 (10 p.m. ET/PT) on Hallmark Movies & Mysteries as part of the network's annual "Miracles of Christmas" programming event. The movie is the fifth installment from executive producer Blake Shelton, based on the book Time for Me to Come Home by Dorothy Shackleford and Travis Thrasher, and Shelton's song of the same name, which Townes performs during the film.

The film begins four days before Christmas when Elizabeth Athens (Roden) receives a voicemail from a number she doesn't recognize. On it, a man she doesn't know makes one final plea to the love of his life for a second chance, asking to meet on Christmas Eve at the unnamed spot where they first met. Elizabeth realizes that this message is not meant for her, and the outcome of someone else's love story is now in her hands. As she's swept into the search for the mystery caller, she's reunited with her best friend Josh (Hynes), who is home for Christmas for the first time in years after a tragic event in the past split them apart. On this very special Christmas, a wrong number will put Elizabeth on an exciting journey of romance and adventure that will give her and three other lost souls a second chance at happiness.

Walk Off The Earth And Tenille Townes Share 'Tomorrow Can Wait'

Tenille Townes Gets Nostalgic With 'The Last Time'