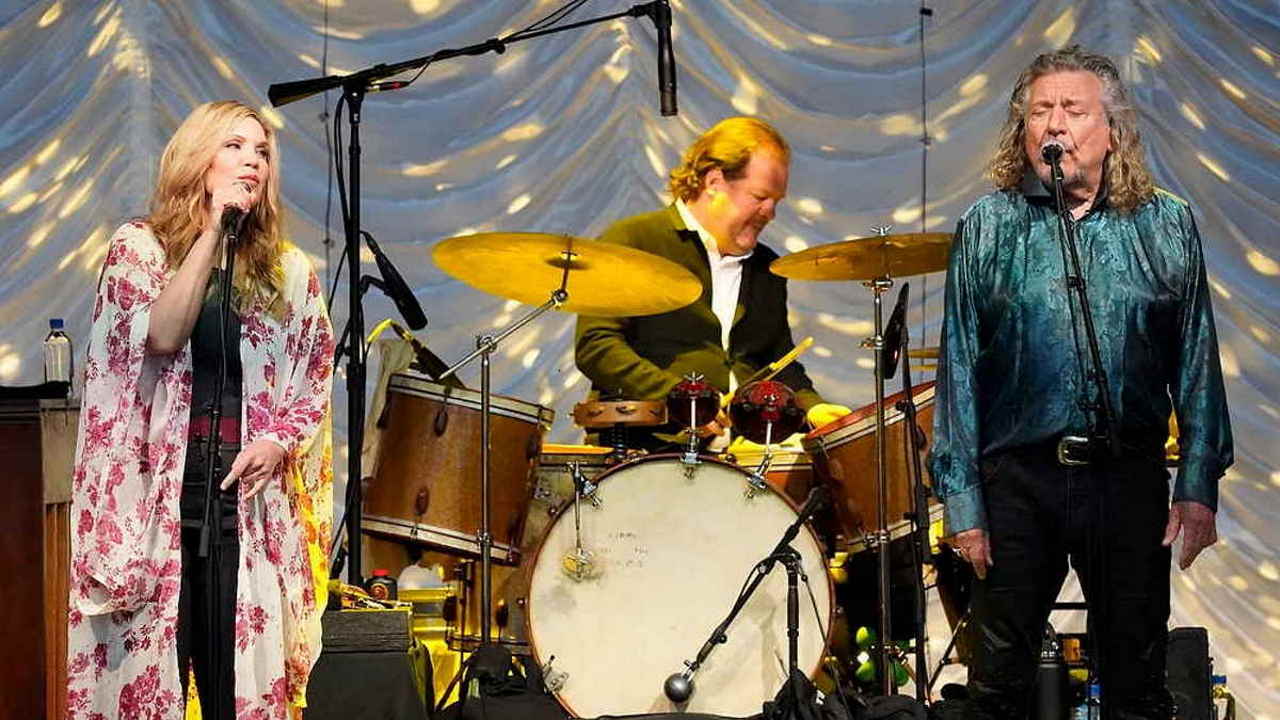 (hennemusic) Led Zeppelin icon Robert Plant and Alison Krauss are sharing video of a performance of "Can't Let Go" as a preview to next week's CMT Crossroads special.

Written by Randy Weeks and first recorded by Lucinda Williams, the song was the lead single to the pair's 2021 album, "Raise The Roof", which features new recordings of songs by legends and unsung heroes including Merle Haggard, The Everly Brothers, Anne Briggs, Geeshie Wiley, Bert Jansch and more.

The album debuted at No. 7 on the US Billboard 200 upon its release last November. "Raise The Roof" recently received two 2023 Grammy Award nominations, including one in the Best Americana Album category, while the track, "High And Lonesome", has also been recognized in the Best American Roots Song field, which honors songwriters - in this case, Plant, Krauss and producer T Bone Burnett.

Get broadcast details for the CMT Crossroads event and watch the preview video here.