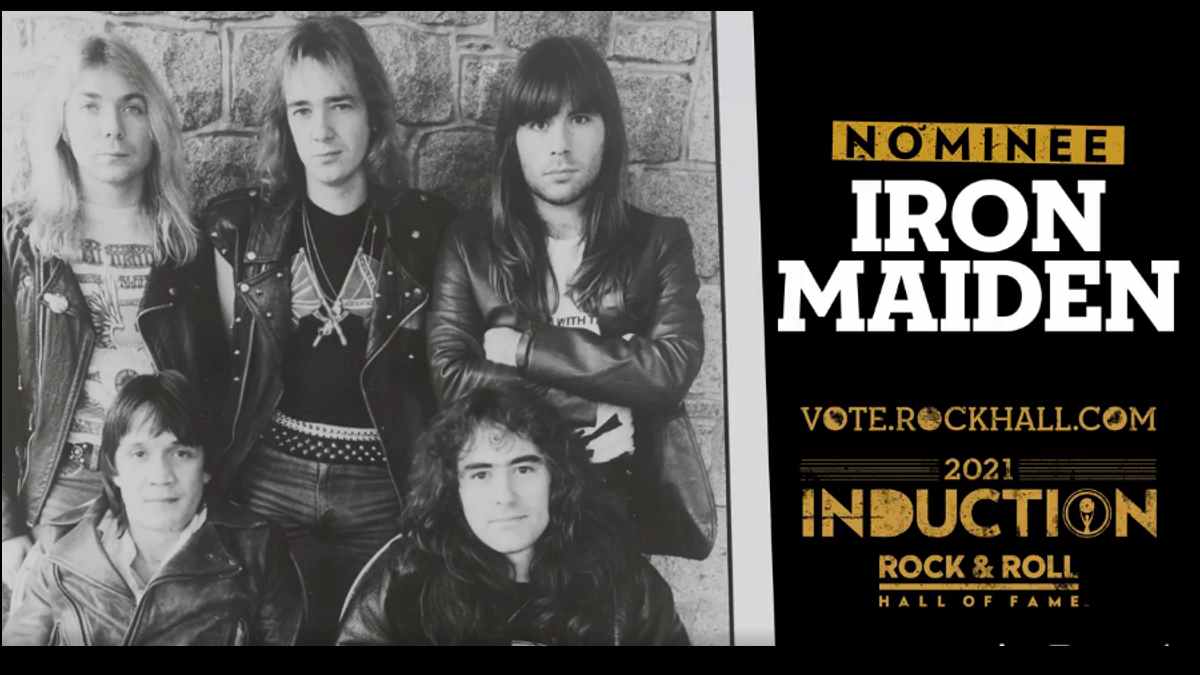 Still from the announcement video

Iron Maiden and the Foo Fighters are among the rock artists who have been nominated for induction into the Rock and Roll Hall Of Fame for the class of 2021.

Rock Hall chairman John Sykes had this to say, "This remarkable ballot reflects the diversity and depth of the artists and music the Rock And Roll Hall Of Fame celebrates.

"These nominees have left an indelible impact on the sonic landscape of the world and influenced countless artists that have followed them."

The 2021 inductees will be announced in May and will be inducted in the fall. See the full list of nominees below: