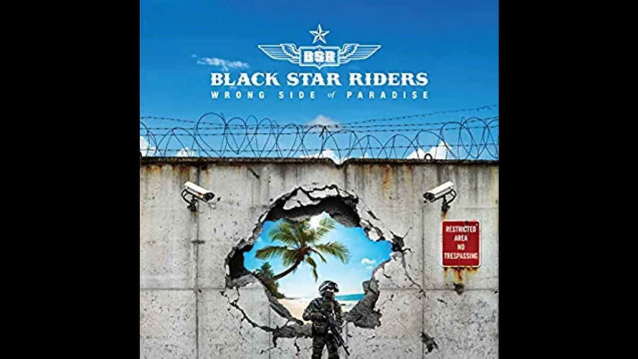 (hennemusic) Black Star Riders are streaming their new album, "Wrong Side Of Paradise", in sync with its January 20 release.

The UK band's fifth record was recorded in the autumn of 2021 at Studio 606 in Northridge, CA and Toochtoon Sound in Redmond, OR with producer and longtime BSR associate Jay Ruston.

The set also marks the group's first studio record since the 2021 departure of guitarist Scott Gorham, who led the band through a transition from Thin Lizzy to Black Star Riders in 2012.

The group will celebrate its release on a 10th anniversary UK tour that will open in Belfast on February 11; the series will feature new guitarist Sam Wood in the lineup following the departure of Martucci last year, and appearances by former bandmates Gorham and Jimmy Degrasso.