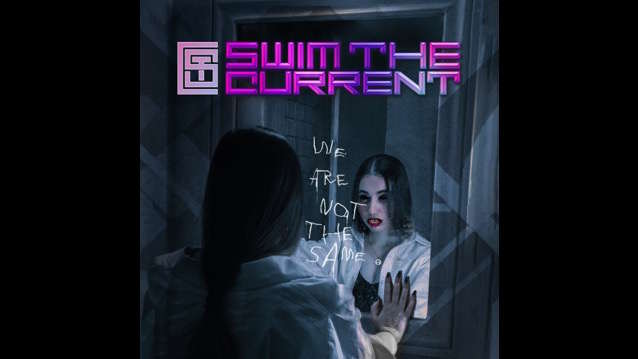 (CowGirlZen Entertainment) Swim The Current have released a music video for their brand new single "We Are Not That Same", that features a guest appearance from Marcos Leal of III Nino.

Swim the Current is a project founded by guitarist Greg Antine. Antine knew an infusion would be his creation and together with the professional talents of bassist - George Pond (Disciples Of Verity); drummer - Chris Moore (Ultraphonix); guitarist - Joe Gareri (Joe Gareri Project the music written, recorded, and produced would result in a rock music experience.

Each single released thus far has placed a well-known featured vocalist and "We Are Not The Same" has certainly accomplished this marker again with Marcos Leal of III Nino as STC's guest vocalist.

Leal shared, "I'm incredibly honored to be a part of this amazing track with such incredible musicians. We're not the same was written as an Angry Anthem, as a way to help me cope with the demons and frustration of my fathers' cancer diagnosis. It helped me Channel a lot of the anger and aggression within me into something much more productive I am very proud of this song and want to extend thanks to George, Joe, and the rest of the members of Swim The Current For allowing me to be a part of such a masterpiece!"

George Pond Bassist/Producer added, "The volume of voice measures the value that the mind puts upon the thought! How we think and feel are direct reflections of our surroundings. You are a product of your environment." Watch the video below: