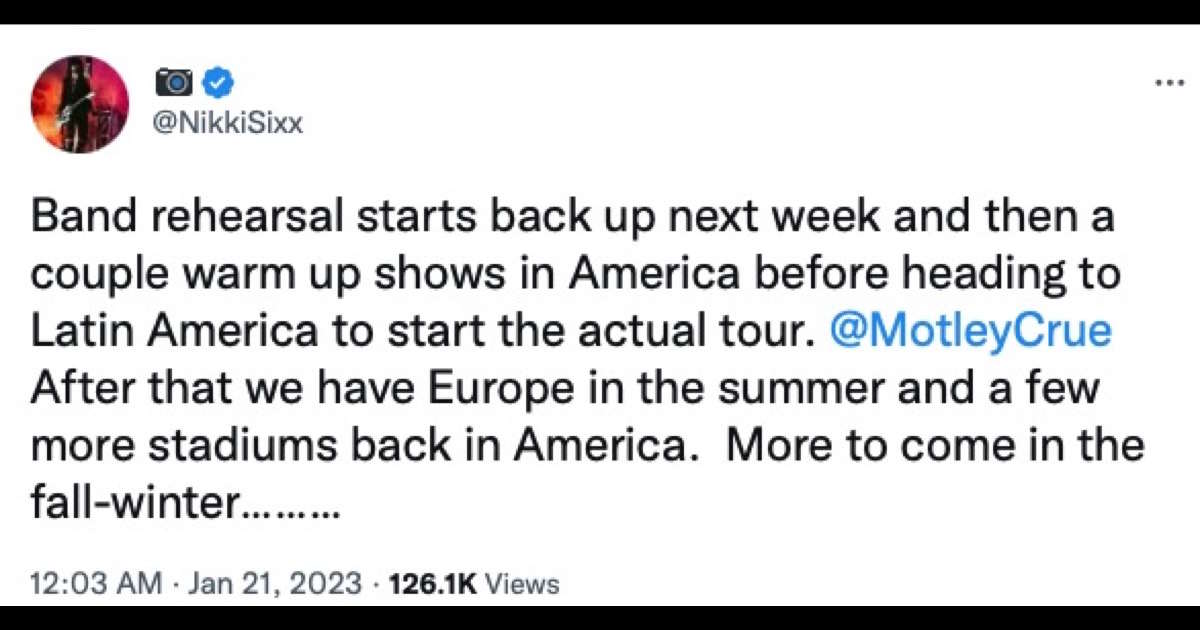 (hennemusic) Motley Crue are set to begin rehearsals with new touring guitarist John 5 this week, ahead of the band's return to the stage alongside Def Leppard next month.

John 5 - whose career includes extended stints with Marilyn Manson and Rob Zombie, among others - is joining the group's live lineup following the recent retirement of Mick Mars as he continues to deal with his long struggle with Ankylosing spondylitis - a type of arthritis that affects the spine and worsens over time.

The rocker will make his Motley Crue live debut during the band's February 10 and 11 dates at the Hard Rock Live at Etess Arena in Atlantic City, NJ, a week before the classic rock acts launch the 2023 world stadium tour in Mexico City on February 18.

"Band rehearsal starts back up next week and then a couple warm up shows in America before heading to Latin America to start the actual tour," shared Nikki Sixx on Twitter over the weekend. "After that we have Europe in the summer and a few more stadiums back in America. More to come in the fall-winter........."

On Monday, Sixx turned to Instagram to share a follow-up note on the subject; see what the bassist wrote and how John 5 responded here.