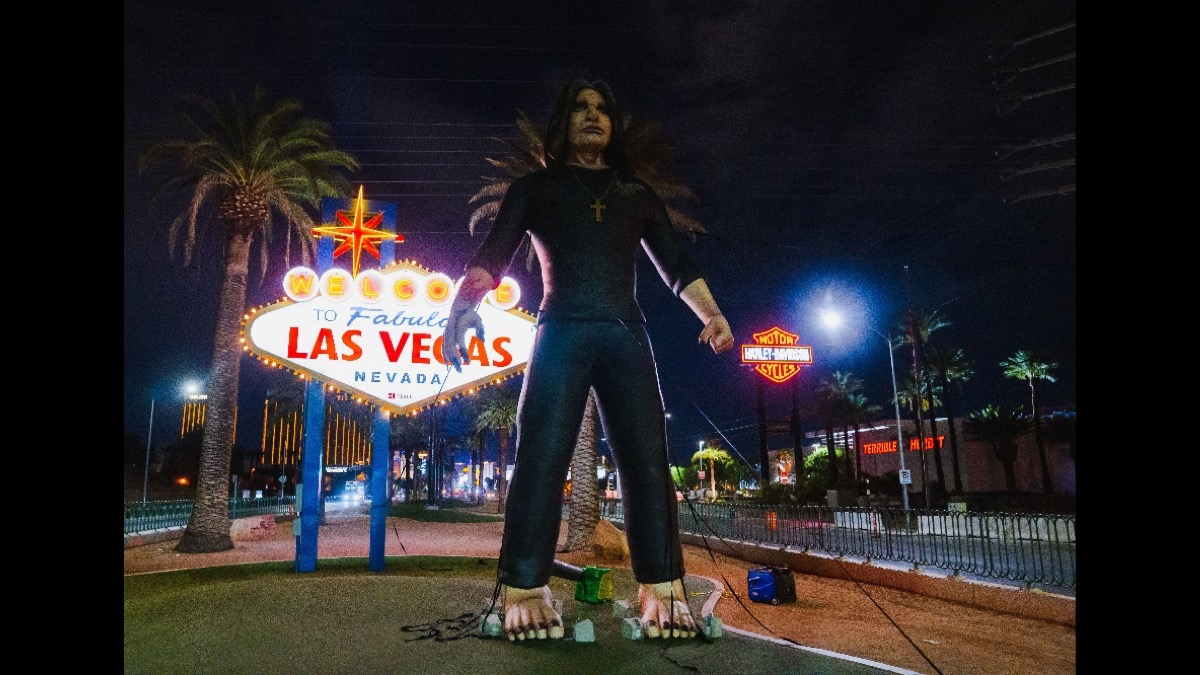 The 25-foot Ozzy Osbourne inflatable that designed by Todd McFarlane has gone on tour leading up to the release of the metal legend's new album, "Patient Number 9" on September 9th.

SRO sent over these details: The month-long tour will close out in New York City the week of the album's release. Some locations will be revealed 24 hours in advance, while others will be surprise appearances.

At all stops, fans can win merchandise and pose for photos with "Ozzy" and the Patient Number 9 ambulance, they'll also have the opportunity to win the 25-foot giant Ozzy Osbourne inflatable, details here.

The tour kicked off with three initial stops in Los Angeles. It began with an appearance at the historic Venice Boardwalk on Saturday, followed with a stop at Smorgasburg LA--the weekly Sunday market at The Row in downtown Los Angeles--before bidding farewell to the city on Monday atop East Hollywood boutique hotel, bar, and recording studio complex Gold Diggers.

"Ozzy" then made a surprise appearance on the Las Vegas strip on Tuesday before heading to the annual Sturgis Motorcycle Rally in South Dakota this weekend.