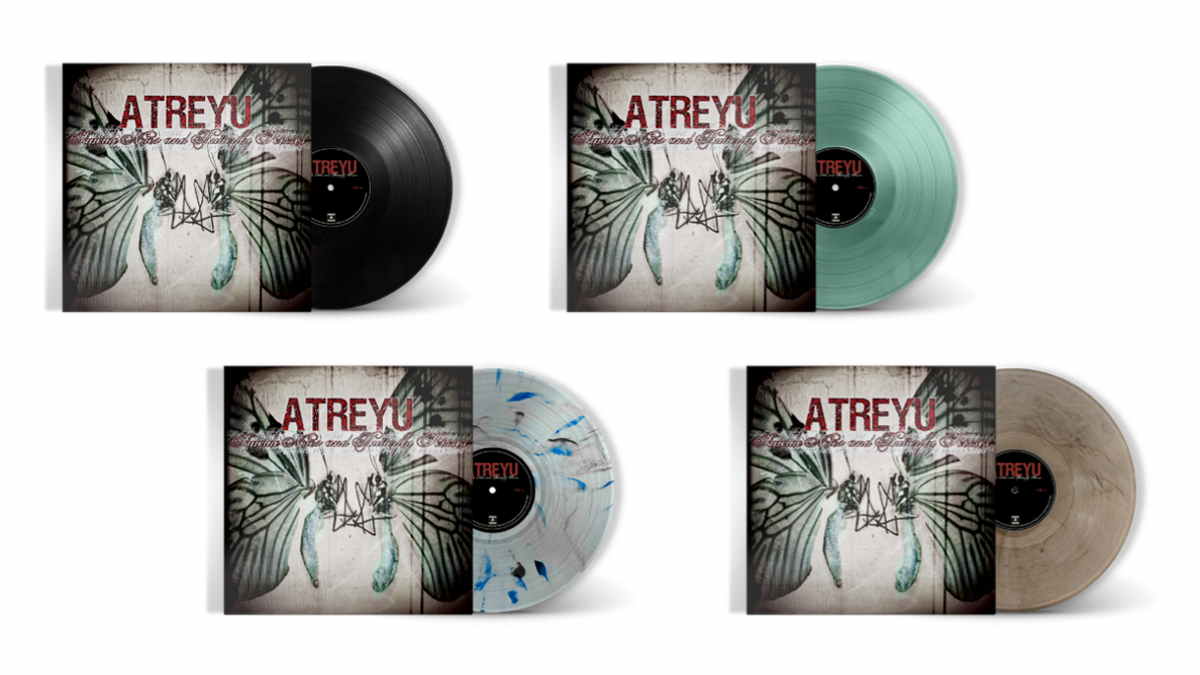 (Atom Splitter) Atreyu have announced that they will be celebrating the 20th anniversary of their debut album, "Suicide Notes and Butterfly Kisses," with a special slate of vinyl reissues.

In addition to returning to classic black vinyl, the album (which features the singles "Ain't Love Grand" and "Lip Gloss and Black") will also be available in three collectible colorways.

Additionally, fans can find a "sea glass clear" edition, limited to 500 units, exclusively at the Victory Records and Craft Recordings websites. All editions will be released on November 18 and are available for pre-order here.