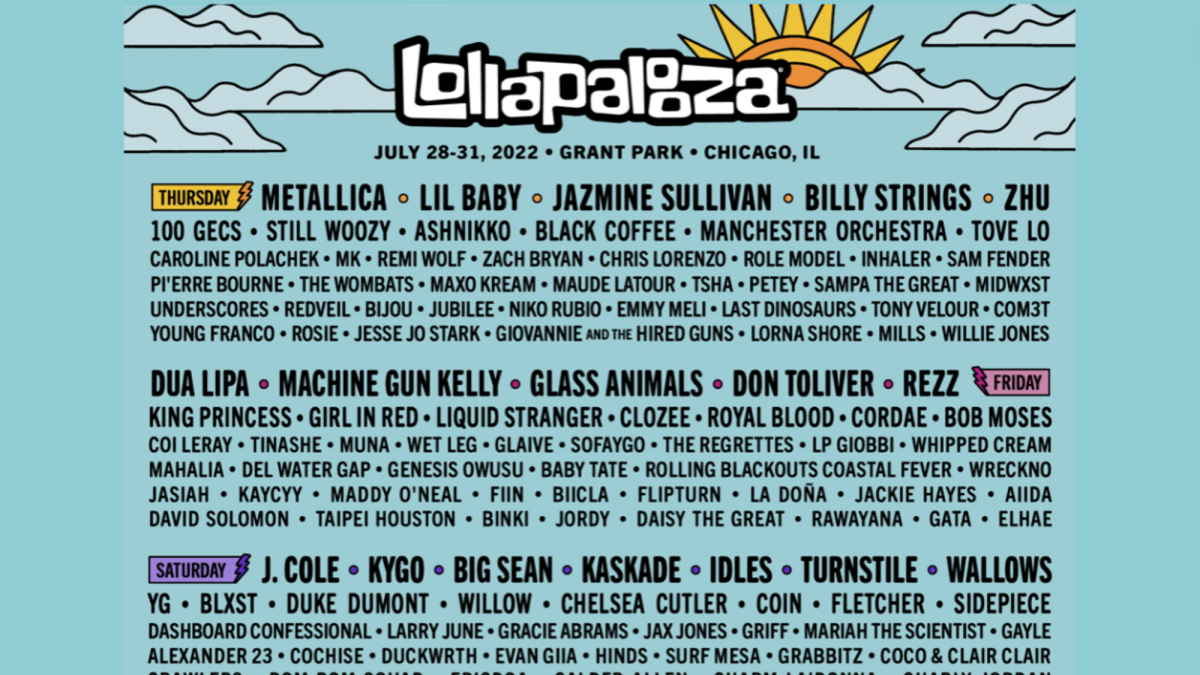 (Fandiem) Metallica has partnered with Fandiem to run a fundraising sweepstakes campaign to benefit the band's All Within My Hands Foundation, a nonprofit which aims to assist and enrich the lives of members of the communities who have supported the band for years, as well as encourage participation from fans and friends.

This special benefit campaign offers one lucky fan and a guest the chance to attend Lollapalooza 2022 in Chicago and see Metallica's headlining performance on Thursday, September 28th.

The winning fan will receive two (2) 4-day VIP tickets to the festival, get access to The Snake Pit, the diamond-shaped viewing area at the front of the stage, a show-played drumhead signed by the band, as well as receive travel and 4-night accommodations in Chicago for the festival weekend.

For as little as $10, participants can "Donate To Win" this prize package, which includes:

The fan-sourcing fundraising sweepstakes is running until May 24, 2022 and fans can "Donate To Win" exclusively here.