Behind The Album: AWOLNATION's My Echo, My Shadow, My Covers and Me 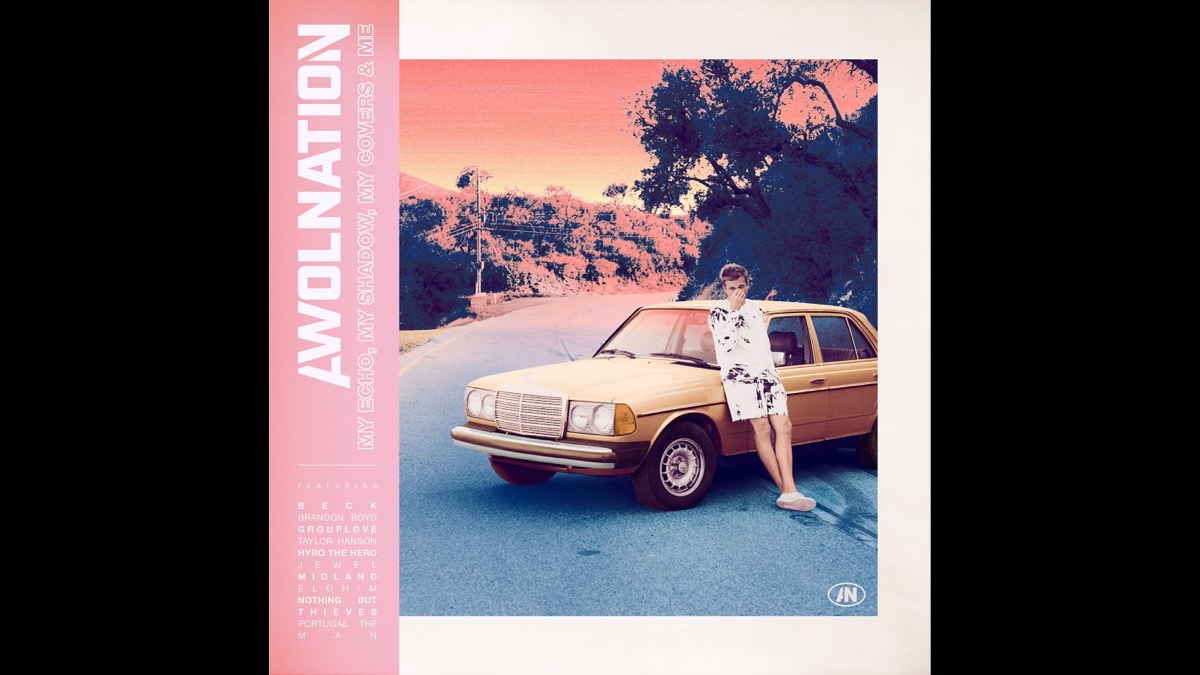 AWOLNATION just released their new overs and collaborations album, "My Echo, My Shadow, My Covers and Me", and to celebrate Aaron Bruno shared commentary about each track on the record:

"Beds Are Burning (featuring Tim McIlrath of Rise Against)" - "Ever since I was much younger, I would sing along to this song. The singer may have the coolest dance moves in music video history. I think this song speaks for itself in terms of the message and meaning of the song. I was excited that Tim from Rise Against performed on this one in particular, given the power and influence his lyrics and music have had for so many years."

"Eye in the Sky (featuring Beck)" - "This song from 40 years ago feels very relevant to today. More and more with new technologies, we are being watched at all times it feels like. Beck is definitely a major influence for me as an artist and songwriter, so the fact that he joined me on the song is very special to me. His album Sea Change helped me through a serious breakup haha, and I covered one of his songs from that album called Guess I'm Doing Fine in 2020 and that's actually how we met."

"Take A Chance On Me (featuring Jewel)" - "ABBA and Jewel. What more can I say? The importance and impact of ABBA's music can't be overstated and now they've released new music for the first time in four decades, and got a Grammy nomination! I still can't believe Jewel agreed to perform on this song with me. She took a chance on me!"

"Maniac (featuring Conor Mason of Nothing But Thieves)" - "While this is a massive pop song that almost everyone in the world probably knows, the chords are actually extremely complicated and unique. I met Conor from Nothing But Thieves on tour some years back. He has such a commanding and sensitive voice, I knew this song was perfect for him to join me on."

"Just a Friend (featuring Hyro The Hero)" - "I did this song before the devastating passing of Mr. Biz Markie, and of course was left with sadness upon learning the news. This was one of the early smash hits of hip-hop before it busted wide open into the mainstream as we know it today. I used to sneak into my older brother's room to listen to this record all the time. My buddy Hyro The Hero agreed to do his best tribute on this cover. RIP Biz Markie."

"Material Girl (featuring Taylor Hanson of Hanson)" - "Taylor Hanson is a very very good singer. And an amazingly kind person. I asked him to try Material Girl, and he was definitely thrown off by it at first, haha, but I am so happy I convinced him to do it!"

"Wind of Change (featuring Brandon Boyd of Incubus & Portugal The Man)" - "I've known Brandon for a while and he's been good to me over the years of being in this industry. The guys from Portugal the Man feel like brothers from a hardcore band we would be in in another lifetime. This is such a massive song that I thought I'd swing for the fences."

"Waiting Room (featuring Grouplove)" - "Covering Fugazi is blasphemy, I know... But I just had to do it, and Grouplove was crazy enough to join me. It was either this, or Minor Threat "Straight Edge."

"Drive" - "I recorded this song a while ago, long before the recent passing of Ric Ocasek, but it's now a nice way to honor him and what an amazing songwriter, artist and producer he was as well. It's a song that has always just crushed me when it came on, and it's one that I've had in my head for a long time that I would cover some day. It has a little bit of an 80's/90's hip hop beat in it as well, which is fun and that's an era of hip hop I grew up on and love. So it's really just me putting my own little spin on a song I always loved, and also paying respect to Ric, Benjamin Orr and The Cars."

"Flagpole Sitta (featuring Elohim)" - "This song directly tackles mental health and it was Elohim's idea originally. She is very knowledgeable and passionate about mental health awareness and advocacy, and she is one of my best friends."

"Alone Again (featuring Midland)" - "This is one of the saddest songs ever written. Years ago the guys in Midland and I were couch surfing in LA together. We were all completely broke and damaged goods in our creative pursuits. It seemed fitting to finish the album with this song back together. A song about ending up alone ... naturally"

Hearing is believing. Now that you know the story behind the album, stream the full album here

AWOLNATION Unleash 'We Are All Insane' Video

Behind The Album: AWOLNATION's My Echo, My Shadow, My Covers and Me