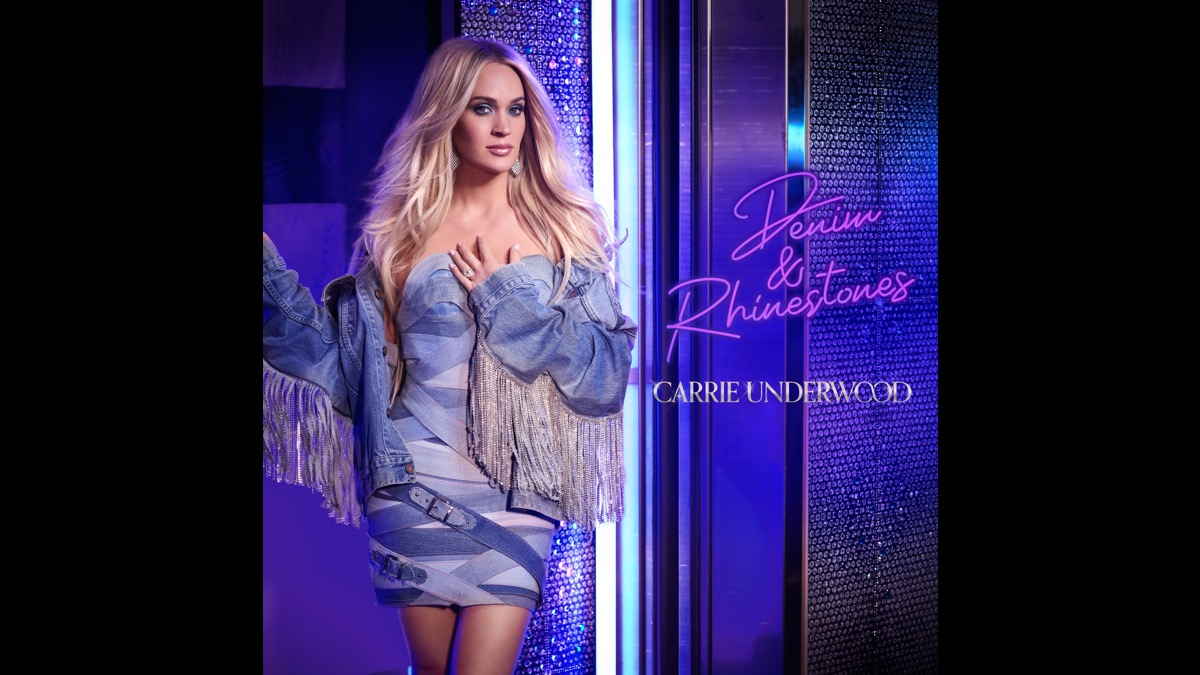 Carrie Underwood has shared her new single "Demin & Rhinestones" to celebrate the announcement that she will be releasing her new album of the same name on June 10th.

The title track was written by Underwood, David Garcia, Josh Kear, and Hillary Lindsey, and co-produced by Garcia and Underwood. She said of the single, "The song 'Denim & Rhinestones' is super fun, with a bit of a retro vibe - we just go together, like a sweet tea and a lemon, like denim and rhinestones. You have these things that are great on their own and then you put them together and they just fit. That's how this album feels."

Garcia added, "Carrie is one of the greatest singers of our time. Her power and control in the studio is unparalleled. We had such a great time making this record, and it turned out exactly how we wanted it to!"

Underwood of the record, "We cover a lot of ground on this album. We have a lot of songs that have a bit of a 'throwback' feel, but they sound super fresh. I grew up listening to so many different kinds of music and that is extremely evident in this body of work. These are musical influences that are all in me and work their way out, and I just decided this time not to get in their way. I think this whole album ended up being a big reflection of me as a person and as an artist.

"After spending over two years with My Gift and My Savior, which were such passion projects and so close to my heart, putting together REFLECTION: The Las Vegas Residency was really the catalyst for this album. I was just ready to have fun and to write songs that make me happy to listen to and happy to sing."

Watch the lyric video below: