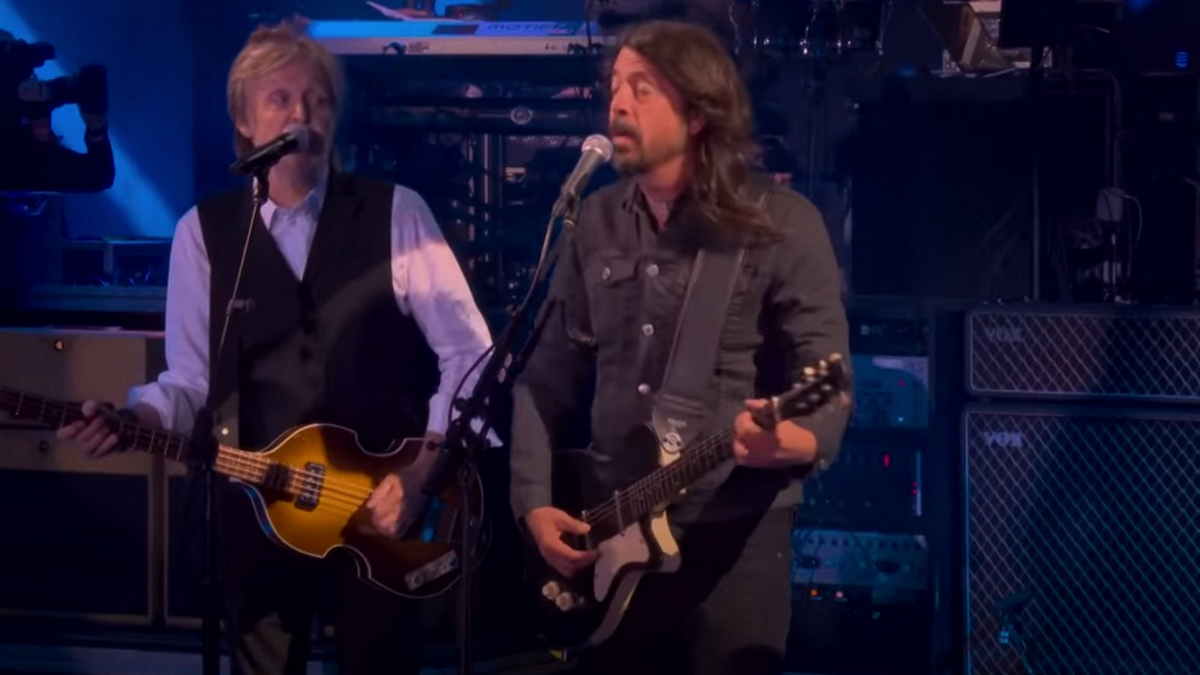 (hennemusic) Dave Grohl jammed with Paul McCartney during his headlining set at the UK's Glastonbury Festival on June 25th and video of Grohl's return to the stage has been shared online by the BBC.

Delivering his first live appearance since the March 25 passing of Foo Fighters drummer Taylor Hawkins while on tour in South America, Grohl arrived at center stage to join McCartney for his 1973 classic, "Band On The Run"; video footage of the song is being shared by the BBC.

As the Foo leader exited, Bruce Springsteen arrived to perform his 1984 hit, "Glory Days", and a cover of The Beatles classic, "I Wanna Be Your Man" - reprising the pair of songs the two performed during McCartney's June 16 show at MetLife Stadium in East Rutherford, NJ.

Grohl and Springsteen returned at the end of the evening to help out on the night's final encore - a performance of the Beatles' "The End."

An all-star lineup will honor the late Foo Fighters rocker during a pair of Taylor Hawkins Tribute Concerts this fall, including a September 3 show at London's Wembley Stadium and a September 27 event at the Kia Forum in Los Angeles.