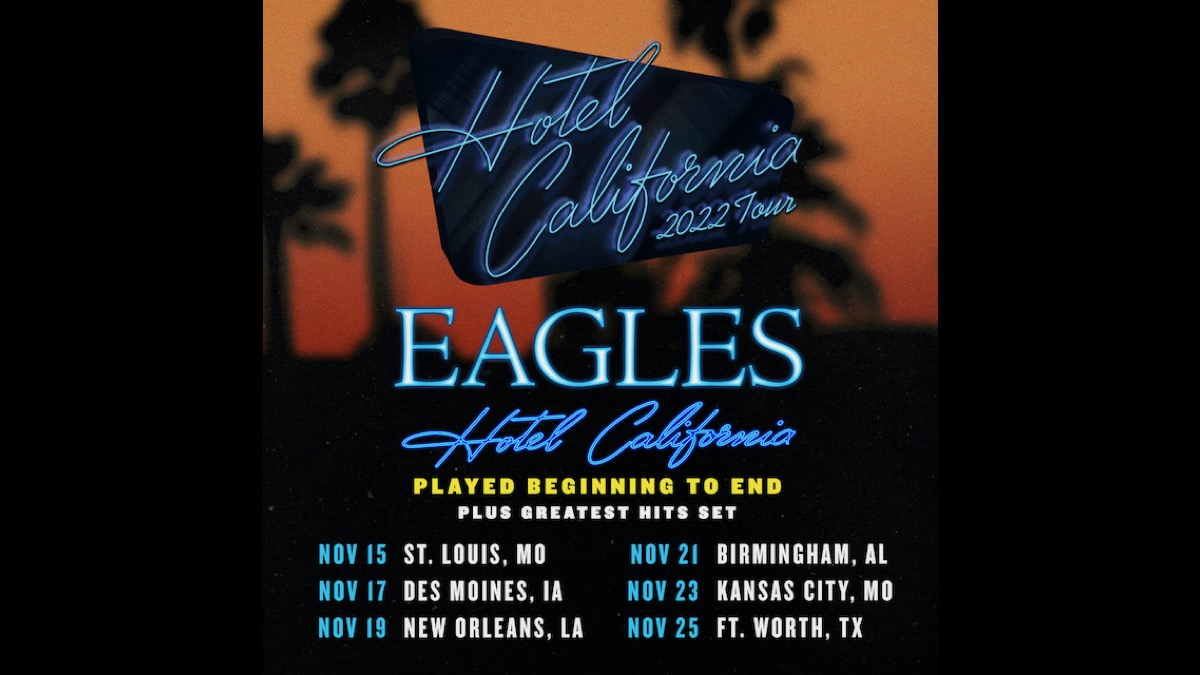 The Eagles have once again expanded their Hotel California with new dates added to the trek that will visit six cities across the U.S. this November.

The dates kick off on November 15th in St. Louis, MO at the Enterprise Center and run through November 25th in Fort Worth, TX at Dickies Arena and tickets go on sale next Friday, August 19th at 10AM local time.

Each concert will feature two sets, the first will include a performance of the entire "Hotel California" album joined by an orchestra and choir, and the second set will include some of the band's greatest hits. See the dates below: