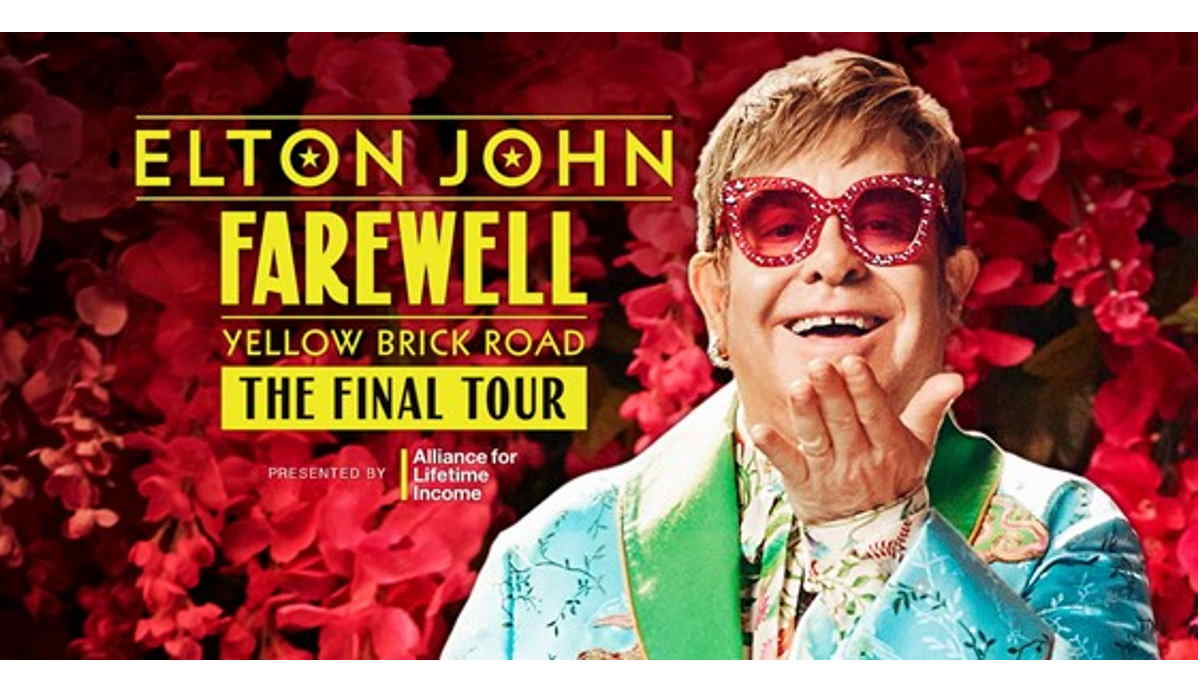 Elton John has announced what will be the final dates of his North American Farewell Yellow Brick Road The Final Tour, which have been added to his previously announced stadium dates.

The newly announced shows will include concerts in East Rutherford, NJ, Foxborough, MA, Toronto, ON, Vancouver, BC, and Phoenix, AZ, along with a THIRD show added at Dodger Stadium in Los Angeles, CA. Due to overwhelming demand, stops in Santa Clara, CA, San Diego, CA, and Tacoma, WA.

The music icon is wrapping up the current arena leg of the tour and will launch the upcoming leg at North American stadiums this summer. He had this to say, "It's hard to believe that after tomorrow in St. Louis, I'll have just a handful of shows left before I wrap up my final arena performances in the United States. This year will see my grand finale in North America, playing stadiums all around the country, with the most spectacular production I've ever had. Thank you for sharing this journey with me. I cherish these memories we're making together. It has been nothing short of incredible and I look forward to seeing you very soon one last time, on my Farewell Yellow Brick Road Tour."

AEG Presents' Chairman & CEO, Jay Marciano added, "After the tour pause during the pandemic, it's so wonderful to see Elton back out there electrifying audiences every night, but obviously with this announcement of the final North American dates it's bittersweet as well. It's really starting to feel like the end of this tour is in sight, four years after it began. Every artist who has ever set foot on a stage can learn so much from Elton's artistry, work ethic, and dedication to his fans. There's truly nobody like him. I feel privileged to have spent over 30 years working with Elton, and for our company to be a part of one of the biggest grossing tours of all time". See the dates below: