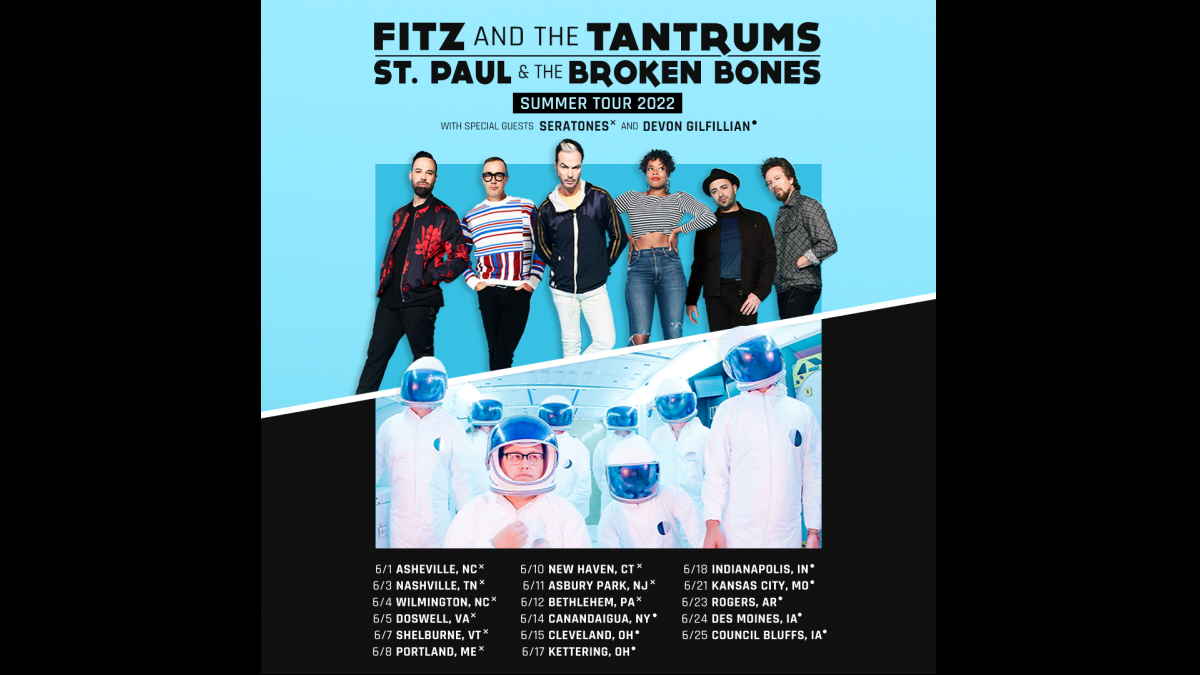 Fitz and the Tantrums have announced that they will be teaming up with St. Paul and the Broken Bones for a coheadlining tour of the U.S. this summer.

The summer trek will be kicking off on June 1st in Asheville, NC at Rabbit Rabbit and will wrap up on June 25th in Council Bluffs, IA at Harrah's Council Bluffs - Stir Concert Cove.

Frontman Michael "Fitz" Fitzpatrick had this to say. "We're so excited to hit the road again. More than ever, we appreciate the awesome power of live music and the joy that it brings. We can't wait to sing, dance, and celebrate with all of you."

The trek will feature support from Seratones for the first leg (June 1- 12) and Devon Gilfilian taking over for the second leg (June 14 - 25). See the dates below:

News > Fitz and the Tantrums