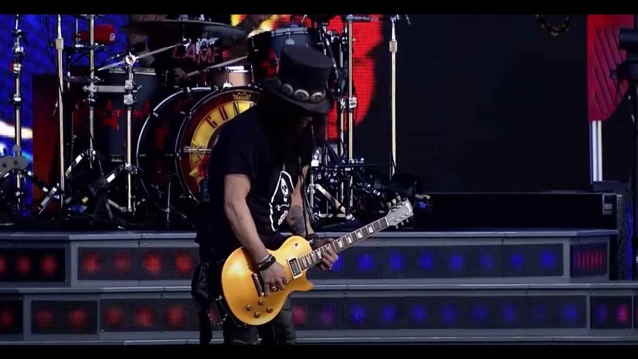 Guns N' Roses Have New Stuff Coming Says Slash was a top 22 story from Oct. 2022: Slash says that Guns N' Roses has some material that should be released in the next few months, and he hopes that the band can record a new studio album following their tour next summer.

The guitarist made the comments during an appearance on the SiriusXM show "Trunk Nation With Eddie Trunk". He said, "I wanna go in and cut a whole brand new record at some point, probably sooner than later. But other than that, we have stuff that we've still got to come out.

"So that's gonna be coming out piecemeal over the next, I don't know, over the next few months or something like that. So that's basically it. We have one more tour left to do next summer, and then that'll free us up to be able to go in and work on a new record."