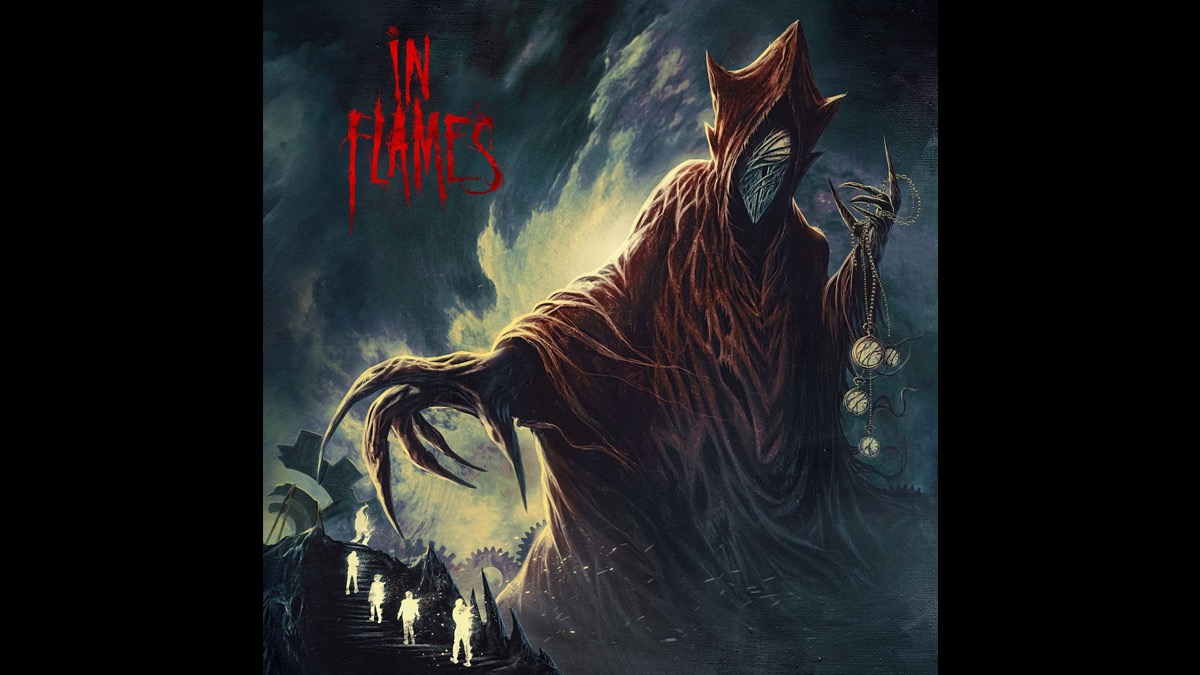 In Flames have shared a visualizer video for their new single, "Forgone Pt. 1", to celebrate the announcement that their new album, "Forgone", will be released on February 10, 2023.

Frontman Anders Friden had this to say, "Going into the Foregone sessions, we wanted to make a record that was heavily guitar-driven, and that had a strong foundation between the bass and drums.

"We still approached our songwriting the same way, as we always have, as a juxtaposition between melody and aggression. That's the DNA of our music. From the lyrical end of things, there was no shortage of inspiration to draw from, especially the concept of time.

"Humanity as a whole was forced to slow down and take breather. In that break, many of us spent time evaluating and reprioritizing. Time is a constant, but what do we do with it and how we perceive it varies. Especially now looking at where the world seems to be headed faster than ever before.

"It's crazy that after everything we are still here and on our fourteenth album. I feel that we've found a great balance between the past, the present and the future with Forgone. This is a new era of In Flames!" Watch the video below: