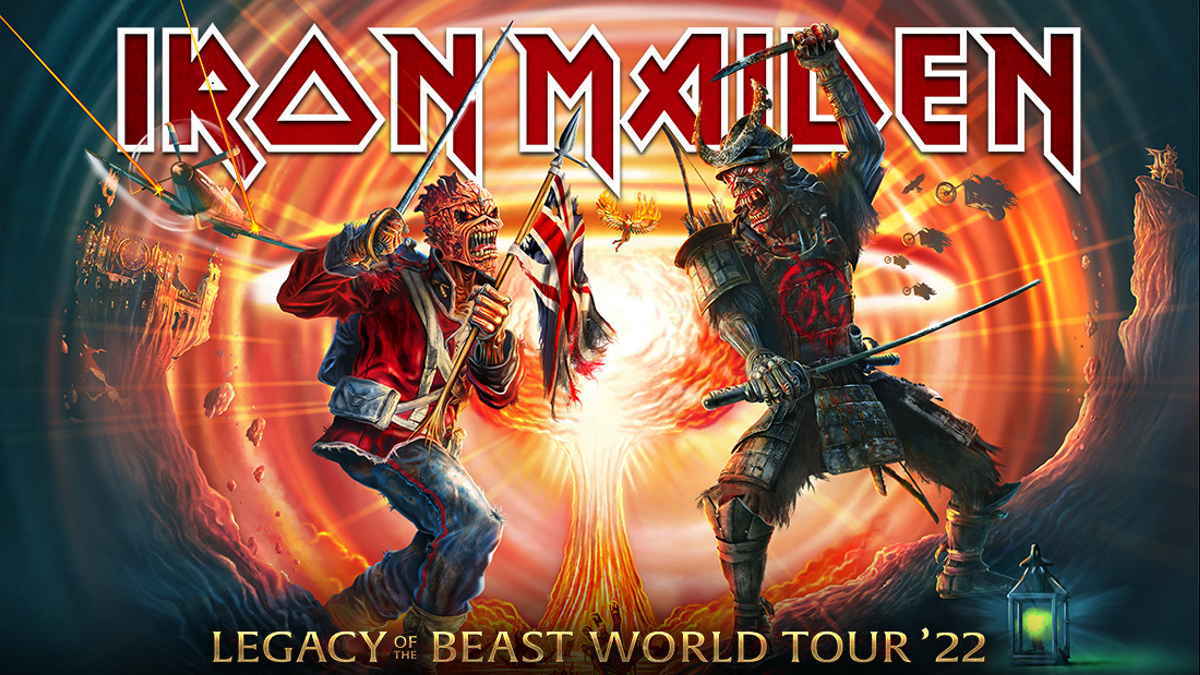 (hennemusic) Iron Maiden have added three shows in Brazil to The Legacy Of The Beast Tour. The dates surround the band's previously confirmed appearance at the 2022 edition of Rock In Rio on September 2.

"We are all very much looking forward to returning to Curitiba and Sao Paulo and making our first ever visit to Ribeirao Preto, along with Rock in Rio of course," says manager Rod Smallwood. "We are bringing the full Legacy show that we are taking around the rescheduled European stadiums and festivals this summer. Based on Legacy 2019, but a step beyond, we are of course keeping all of the spectacular big moments and big songs, but we will move things round a little, change a couple of songs to ones more fitting to current times and we are sure you will be blown away by the new 'Senjutsu' section, which is massively spectacular - the album proved so popular and successful we just had to give you a bit of that too.

"Eddie has clearly been learning some new tricks of his own over the last couple of years as well, and may even bring a friend. Prepare to be amazed. We love you Brazil!!" View show dates and ticket details here.