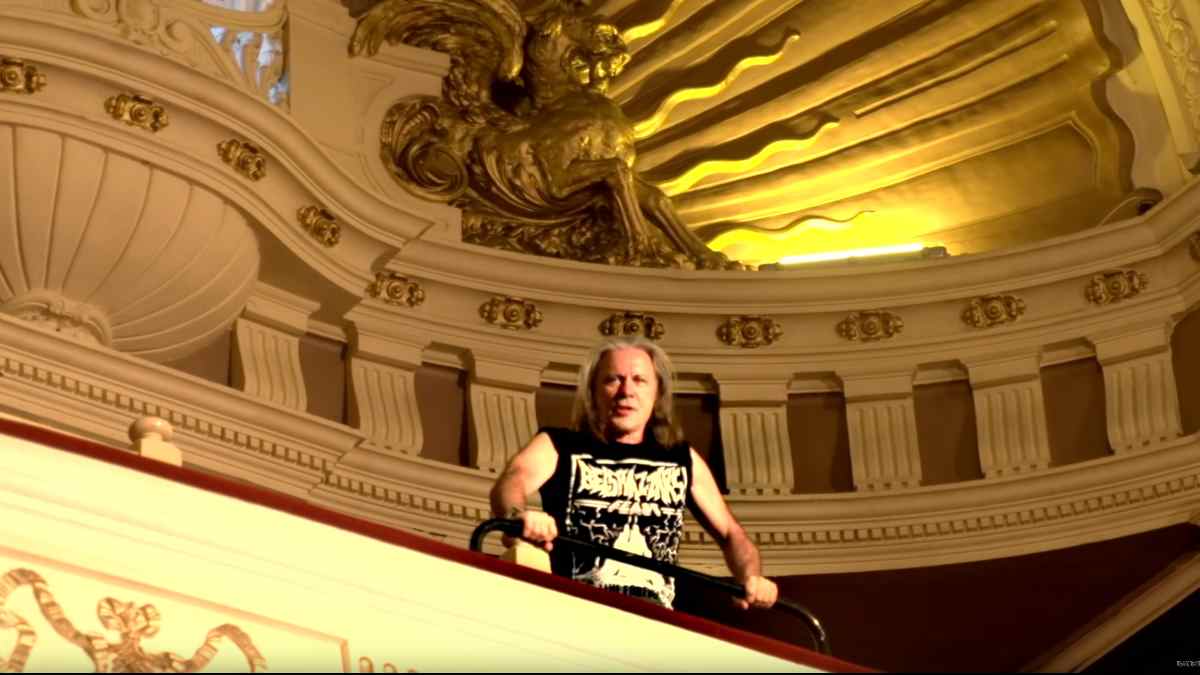 The story of Iron Maiden' break with frontman Bruce Dickinson will be the focus of a brand new episode of Reelz TV's Breaking The Band on February 6th.

"Iron Maiden: Breaking the Band" premieres Sunday, February 6 at 8pm ET/ 5pm PT. Here is the official synopsis: "Formed in the late 70s and racking up more than 100 million album sales British band Iron Maiden have been the undisputed kings of heavy metal for four decades.

"Loud, proud and famed for their spectacular album covers and take no prisoners approach to performing their stellar rise from the pubs and clubs of London England to the stadiums of the world was due to the uncompromising musical vision of founder and bass player Steve Harris.

"But that same leadership ignited long-festering tensions especially when the band signed up flamboyant and massively talented lead vocalist Bruce Dickinson. Not only did he constantly push Harris aside to take center stage he had plenty of his own musical ideas as well.

"As the band grew exhausted touring the world performing its massive shows relentlessly these tensions loomed over the band and ultimately shook Iron Maiden to its very foundations in the early 90s.

"Sharing their experiences with the band are former guitarist Dennis Stratton and Dave 'Lights' Beazley who was the lighting and production designer for their renowned live shows."