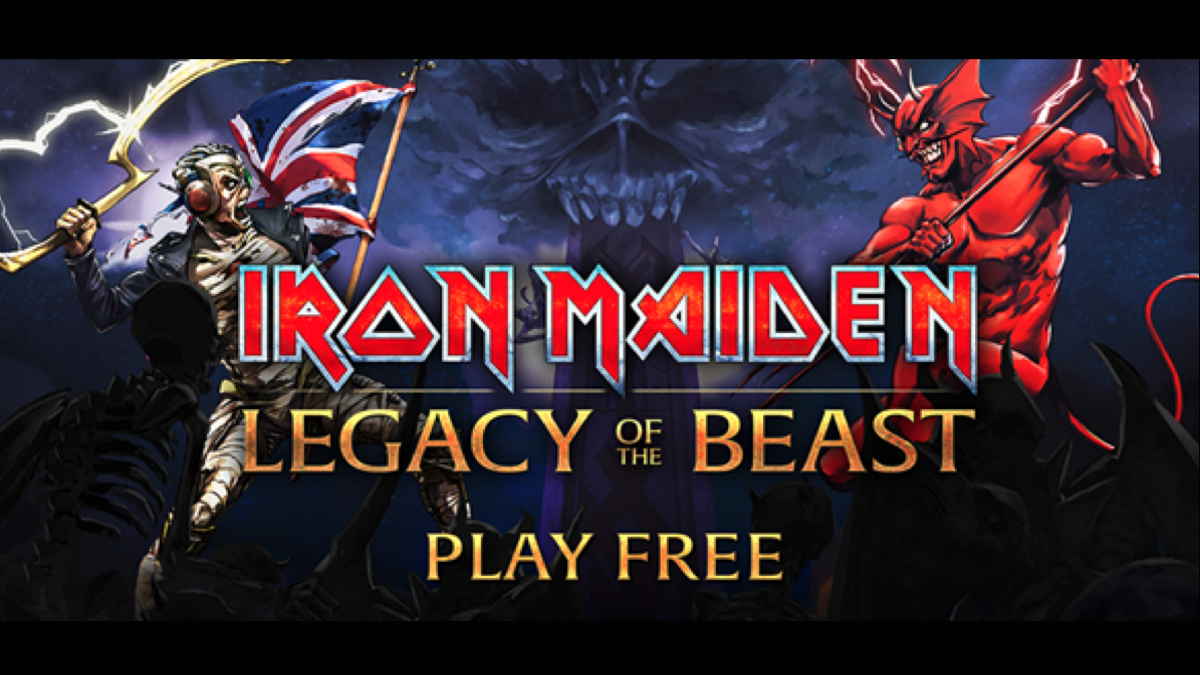 (Cosa Nostra) Iron Maiden's Legacy of the Beast free-to-play mobile game is at it again bringing you the 2nd in-game collaboration of 2022, this time with German heavy metal band Powerwolf who will share the stage with Iron Maiden for 2 shows in Germany this July!

The new limited-time, in-game event called, Macht Der Wölfe (German for Power of the Wolf) features a limited-time character, Vârcolac. In this new storyline, Vârcolac and Van Helsing Eddie cross paths in the catacombs of Dracula's Dungeon. Vârcolac has just escaped Professor Parabiosis, an evil doctor wanting to conduct experiments on him because of his extraordinary powers. He asks Van Helsing Eddie to join him in defeating the evil doctor. Van Helsing Eddie soon realizes that Vârcolac is fighting his own internal struggle between good and evil and they soon realize the professor has a more sinister plan in mind than just a mere dissection.

When it came to seeing Vârcolac in Eddie's world for the first time, Powerwolf lead singer Attila Dorn said: "We were breathless and stunned when we saw the first iteration/scene of the game featuring our Vârcolac. And most of all we couldn't wait to play it ourselves!!" Attila continues, "when I was a young kid listening to my Iron Maiden tapes all day. I would have never dreamt of playing the same stage one day, being invited to support Iron Maiden with my band, is there anything more a metalhead could dream of?"

Lead guitarist for Powerwolf, Matthew Greywolf says: "Iron Maiden's songs and melodies are immortal. The neat combination of melody and heaviness is still as revolutionary as it was when first heard Maiden at 11 years old, I was truly fascinated by it, and I still am!" Keyboardist Falk Maria Schlegel continued, "I would say Bruce Dickinson is my major MAJOR influence in all that I'm doing on stage, with my whole performance .... still a great inspiration, so thank you Bruce!" Watch the trailer below: