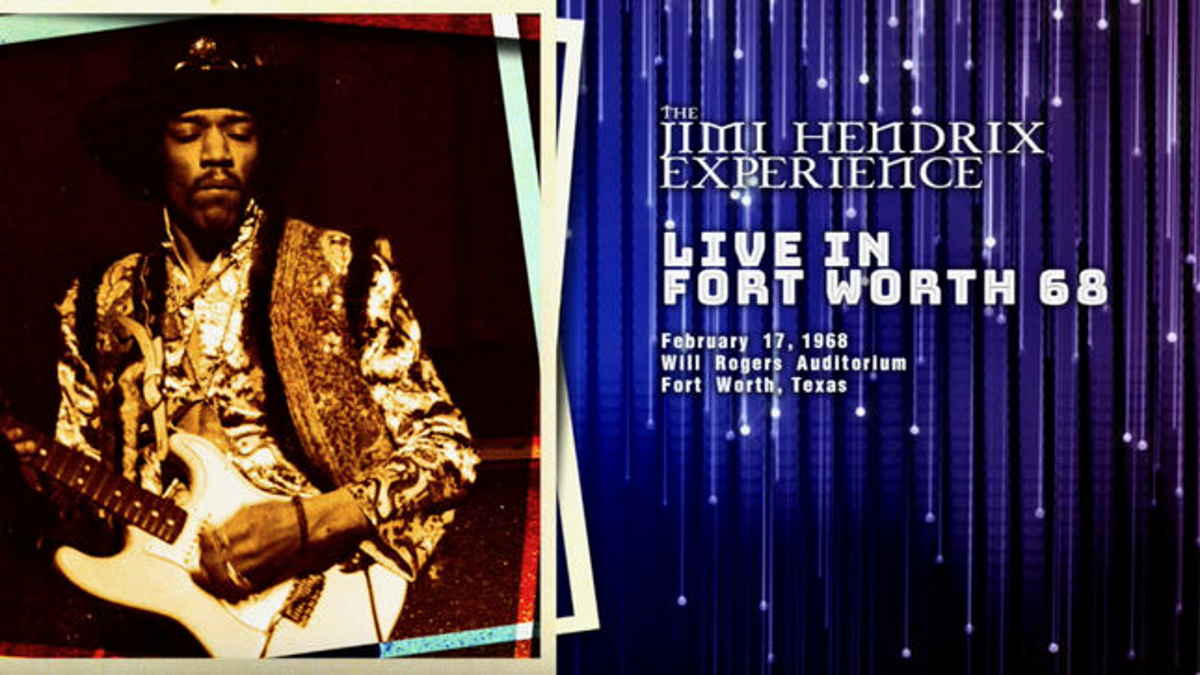 (hennemusic) The Jimi Hendrix estate is streaming audio of a 1968 concert in Fort Worth, TX. The live recording captures the The Jimi Hendrix Experience at the city's Will Rogers Auditorium on February 17 as the trio delivered a 9-song performance - opening with a cover of the title track to The Beatles' "Sgt. Pepper's Lonely Hearts Club Band" album, and closing with a version of The Troggs' 1966 hit, "Wild Thing."

The show took place a month after the group released their second studio album, "Axis: Bold As Love", which was a Top 5 set in both the UK and the US, where it sold more than a million copies.

Despite touring in support of the album, the lineup of Hendrix, bassist Noel Redding and drummer Mitch Mitchell did not feature any of the newly-available songs in their set that evening, but did perform their current single at the time, "Foxy Lady', from their 1967 debut, "Are You Experienced."

"Please note that this is not a professionally recorded concert and the sound quality is sub-par," explains the estate. "Although rough sounded, this performance is provided for your enjoyment and to help present further context into Jimi Hendrix's incredible performance legacy."

The Fort Worth concert is the latest in a series of performances by the guitar icon shared by the estate, following audio of 1968 concerts in both Dallas, TX and Chicago, IL. Stream the concert here.