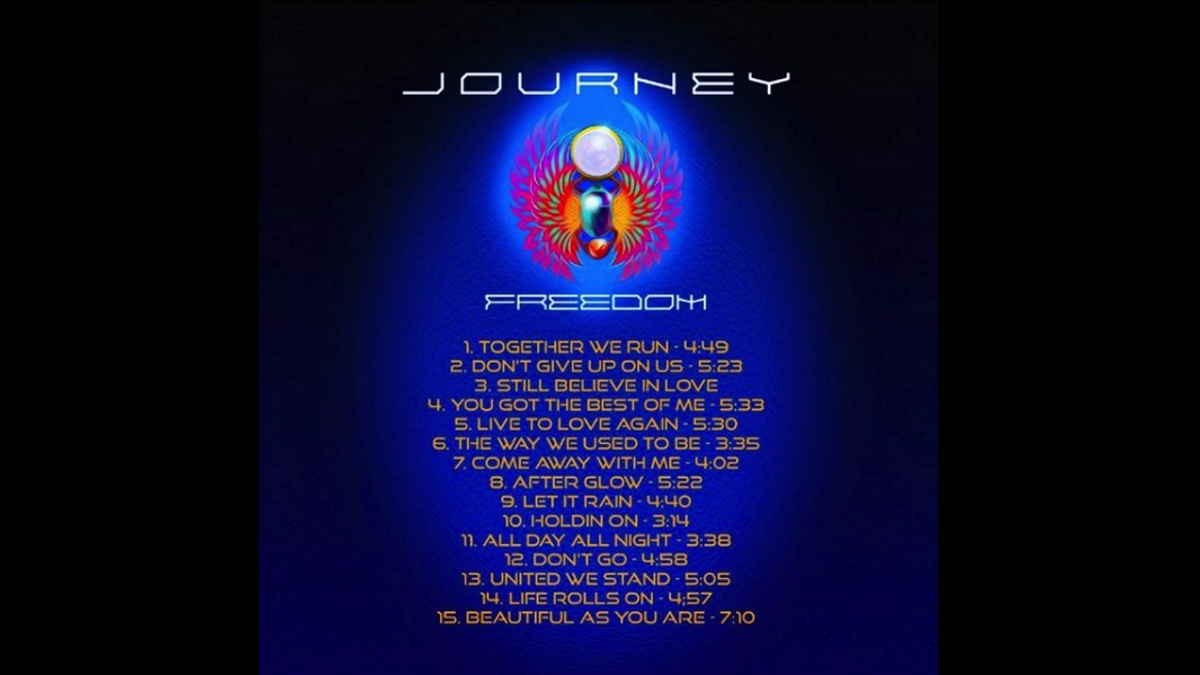 (hennemusic) Journey has revealed the track list and title of their forthcoming new album on social media. Guitarist/founder Neal Schon took to Instagram to share the song details for "Freedom", the group's 15th studio record.

"Teaser ... it's coming and it's loaded @journeymusicofficial @nealschon @bmg_us @frontiersmusicsrl"," wrote the rocker. Last summer, Journey released a standalone single, "The Way We Used To Be", which is included in the track list for the 2022 record.

"Freedom" marks the follow-up to the California band's 2011 album, "Eclipse." As fans await confirmation of a release date for the project, Journey are preparing to hit the road for a North American tour that will open February 22 in Pittsburgh, PA.

Billy Idol recently pulled out of the trek due to ongoing health issues with a sinus infection; Toto will now open all shows in the series, which runs to mid-May. See the album tracklist and "The Way We Used To Be" video here.

hennemusic is an official news provider for antiMusic.com. Copyright hennemusic - Excerpted here with permission.
Related Stories
Journey Share New Song 'Don't Give Up On Us'