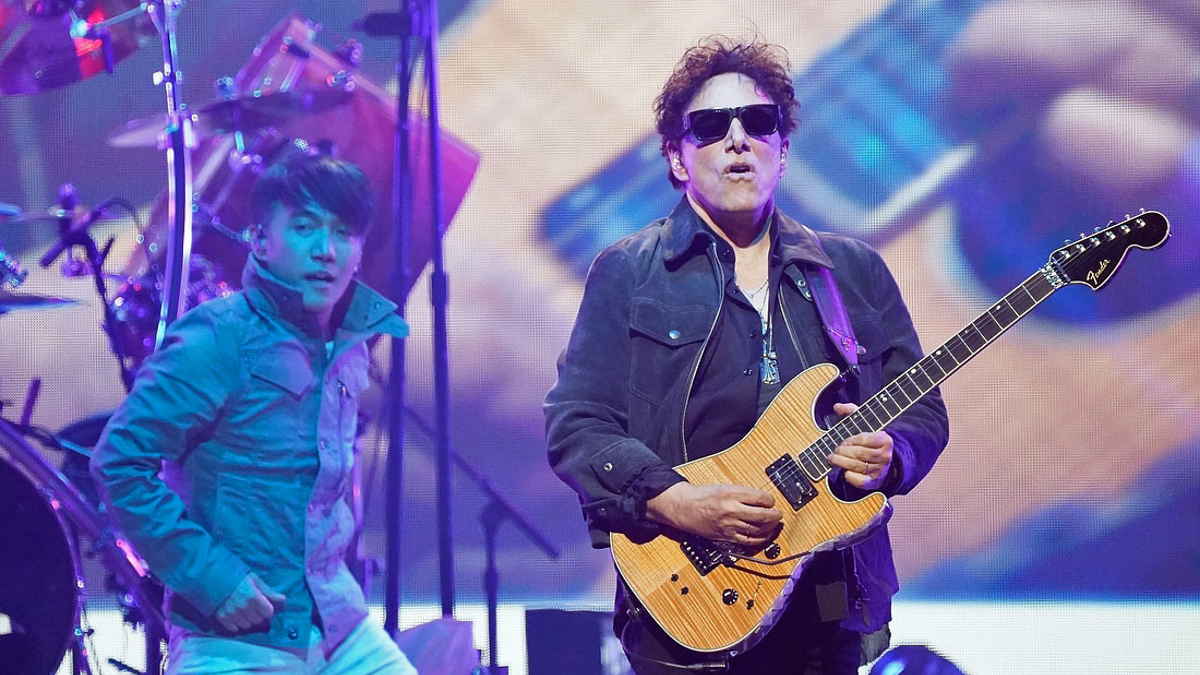 Journey guitarist and cofounder Neal Schon took to social media to share his reaction to the news that former Steve Perry has initiated legal action over trademarks to 20 of the band's songs.

Schon shared a link to a report about Perry's action and wrote, "Steve Perry Sues... Here's how it goes friends. Jonathan Cain calls a board of directors meeting out of nowhere - then before I found out about the meeting Jonathan came to me and said he didn't like what they ( Ross Smith Perry and Herbie ) were planning.

"On that meeting Steve Perry -Ross - Smith and Herbie voted myself and Cain off the board of directors , Steve and all - voted Ross in my place and Smith in Jonathan's.

"They all knew at this time I'd been investigating our Trade marks for years trying to get to the bottom of all corruption as we found ( my wife and I ) that nothing had ever been Trade Marked besides our music. They all went for a take over and it didn't work. Quite simple.

"So my wife (Michaele Schon) found a legitimate Trade Mark attorney that wasn't in the corrupt musical circles and we were then Successful in attaining it  to Protect everything we built.

"We had been getting ripped off since the beginning until I shut it down.
So the question is - Why did no one else's attorneys "Steve Perry's" who was actually who was actually hired to be our Band attorney by our accountant Tim Jorstad at one time also and individual band attorneys and other so called trade mark attorneys help us do this?

"It was a giant corrupted ring of people that either Managnent or accountants hired to work for us cashing in on all our merchandise till now , all along knowing there was No Trade Mark on our merch.

"At this point I decided to protect  and go for All album titles as well as song titles as no one else had in 49 years of so called professional business.

"The more we got educated on how Song Writing and Copy rights have NOTHING to do with Trade Marks. You haven't heard the last of this friends. We are going to peel back the onion.