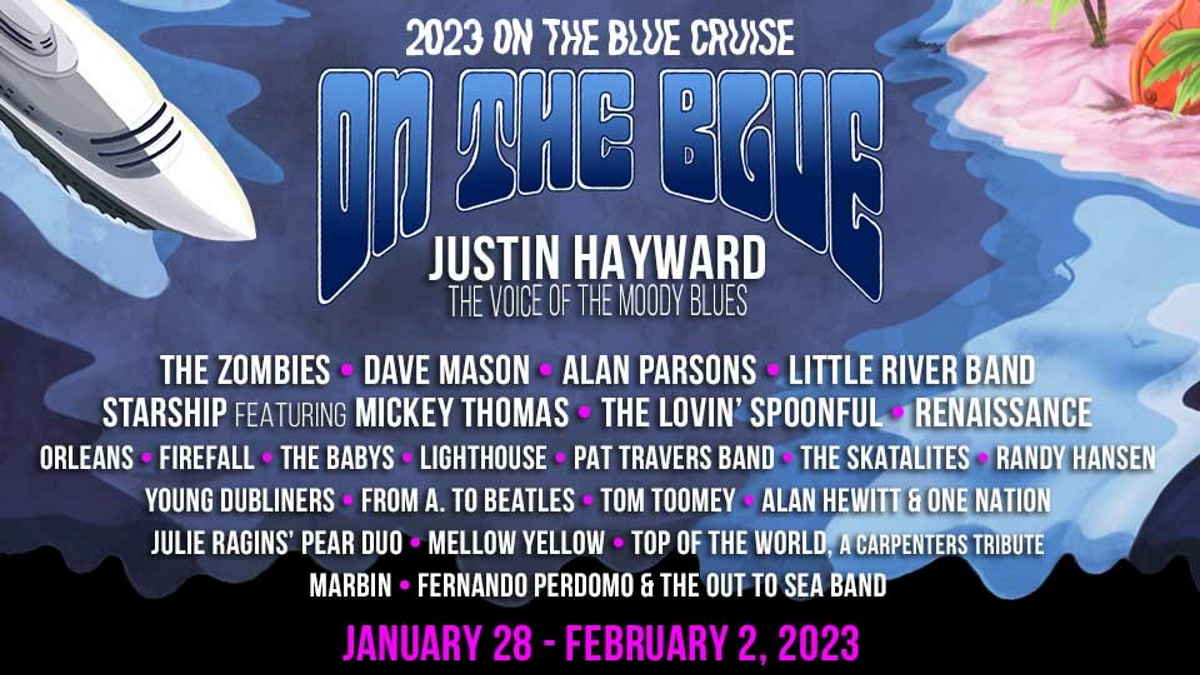 The Moody Blues legend Justin Hayward has signed on to host the 2023 edition of the On The Blue Cruise (OTBC) that will set sail out of Miami, FL aboard the Norwegian Pearl next January 28th - February 2nd and visit two ports: Harvest Caye, Belize and Costa Maya, Mexico.

This five-day/five-night full-ship charter cruise will feature an array of events and musical performances from over twenty artists (including Rock & Roll Hall of Fame inductees The Zombies and Dave Mason).

Hayward's performances will include songs from his solo archives along with deep cuts from five decades of material from The Moody Blues. Plus, fans will be able to attend an intimate Q&A with the rock legend, who will be sharing insight into his career and music.

Beyond the many band performances on multiple stages, the cruise will feature over-the-top, well-curated activities (such as Artist photo experiences, themed-nights, Mellow Yellow Dance Party, Painting with Rock Stars, with much more to be announced.