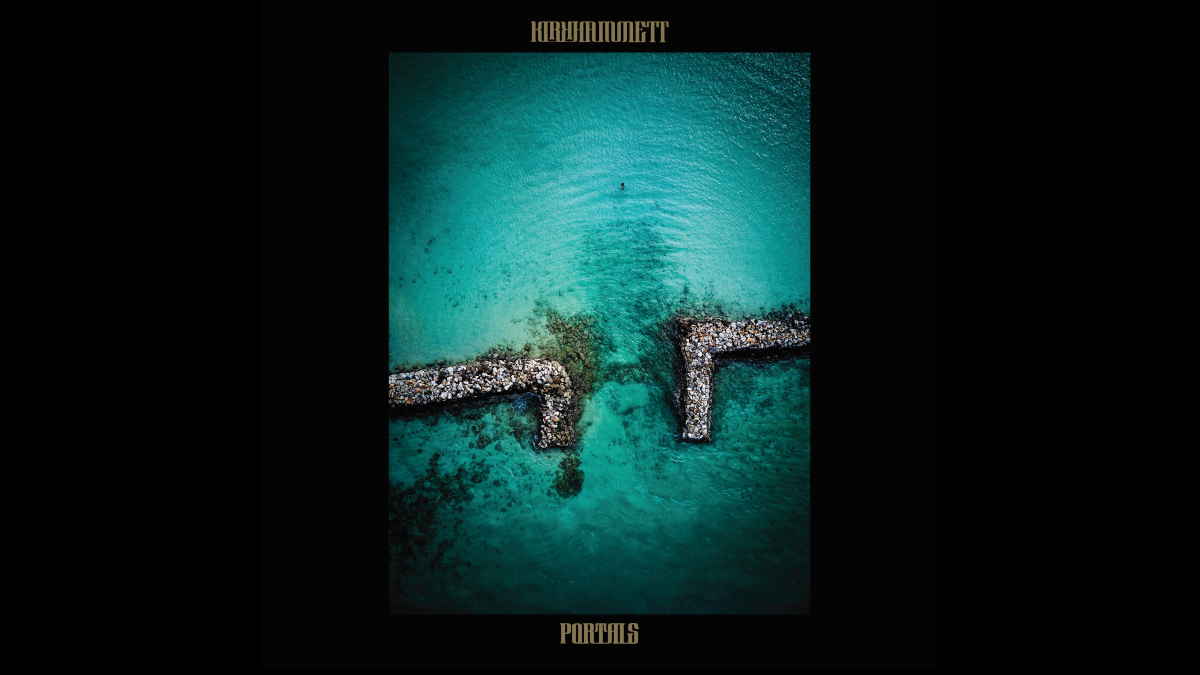 Metallica lead guitarist Kirk Hammett has announced that he will be releasing debut solo effort, an four-song EP entitled "Portals", which will arrive April 23rd.

The instrumental effort will be released by Metallica's Blacked Recording in various formats including digitally, on CD, and as a Record Store Day Exclusive Ocean Blue Vinyl EP (including a download card).

Hammett had this to say about the EP, "This music was created with what I describe as an Audio-Cinematic approach. They're soundtracks to the movies in your mind."

Here is the official description, "True to its title, Portals is a collection of gateways to myriad musical and psychic destinations. Recorded in multiple locales ranging from Los Angeles to Paris to Oahu, Portals is both the result of musical and metaphysical journeys. An invitation to inner worlds accessible only by music and the psyche it fuels.

"Produced by Kirk, Portals is comprised of the songs Maiden and the Monster and The Jinn on side A, followed by High Plains Drifter and The Incantation on side B (both co-written with Edwin Outwater, who contributes keyboards and leads the orchestral players from the LA Philharmonic on Portals - and with whom Kirk had previously collaborated on Metallica's S&M2 concerts and releases).