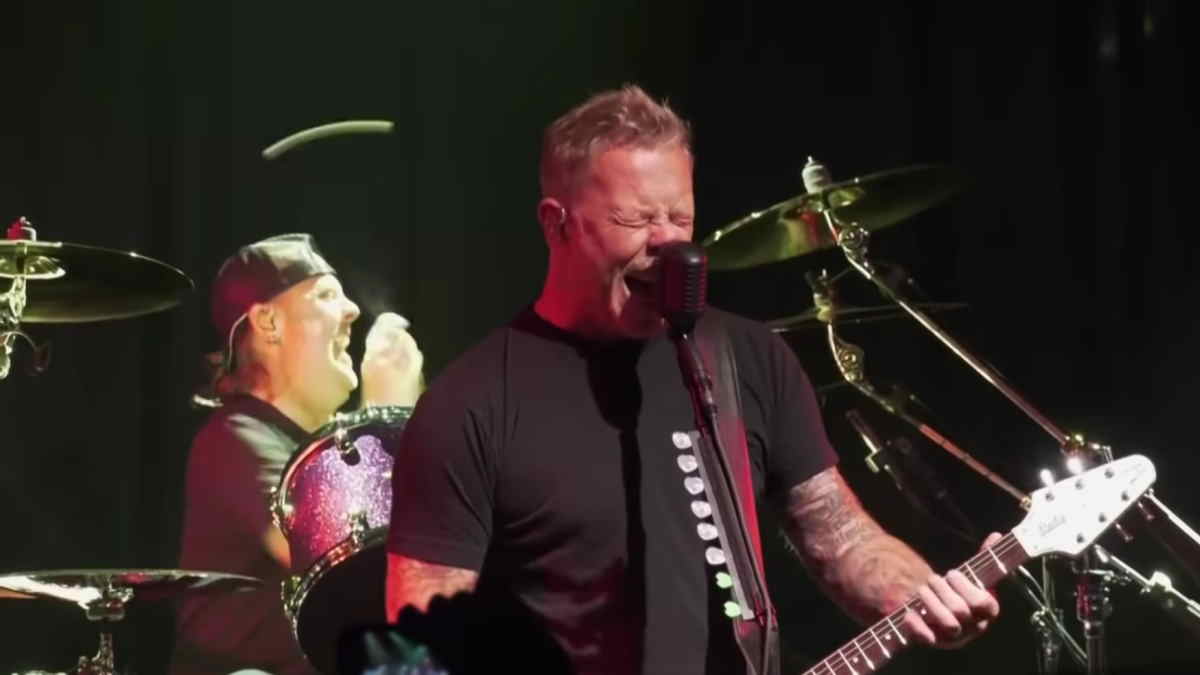 (hennemusic) Metallica are sharing video of a performance of their 1991 smash, "Enter Sandman", from a June 15 appearance at the Copenhell festival in Copenhagen, Denmark.

The lead single from "Metallica" delivered the California band's commercial breakthrough as their first studio record to top the US charts; the project remains the top-selling album in the US since MRC Data began electronically tracking music sales in 1991, with 17.3 million copies sold.

Metallica are also sharing video footage of the "Master Of Puppets" track, "Damage, Inc.", from the show, which marked the first date of a summer European tour that will see the group headline a number of festivals, including Belgium's Rock Werchter, Spain's Mad Cool and Portugal's NOS Alive, among others.

The 2022 trek follows the band's appearance at a pair of US festivals last month - Napa Valley Bottlerock and Boston Calling - following the completion of a series of dates in South America.

Watch both videos from Copenhagen here.