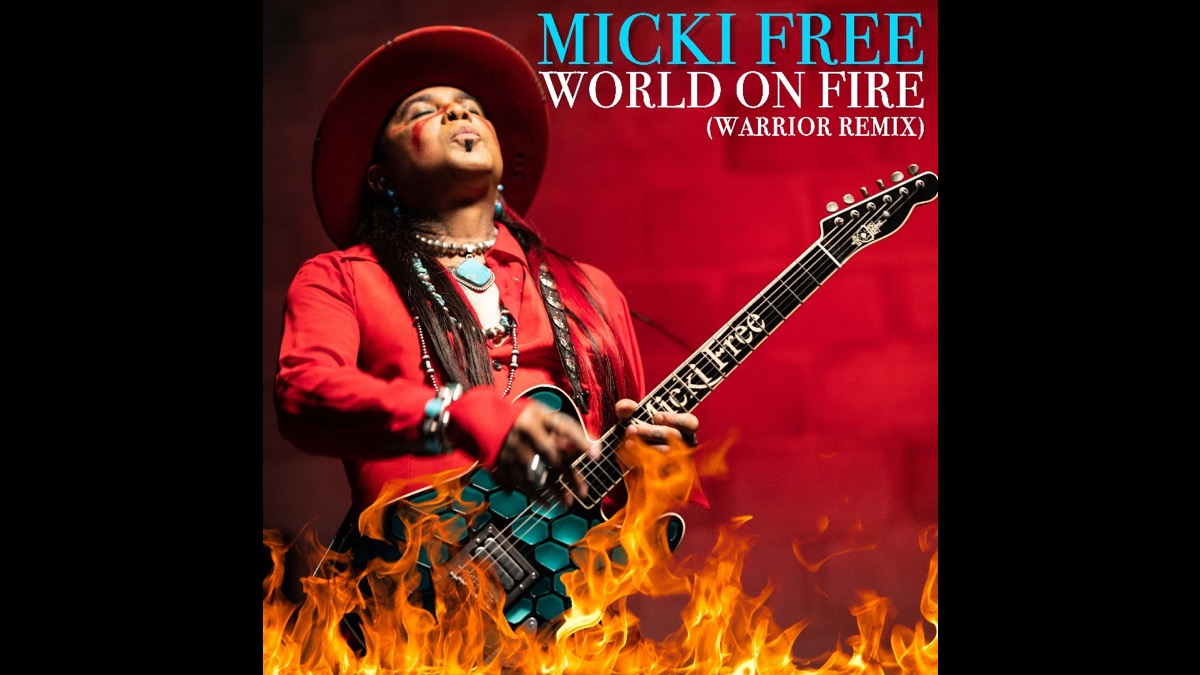 Free spoke about out working with the musicians from Santana's band on the track, "Carlos Santana is one of my biggest idols and friends; ever since I was a boy, I've been inspired by his music and guitar playing. To actually call him my friend and jam with him now is a honor and dream come true.

Cindy Blackman-Santana was in my band American Horse Trio; she is my sister and dear friend, the bridge/link between myself and Carlos. The song 'World on Fire' is actually my musical homage to Carlos Santana, his feel, style and messaging. I became 'Santana Family,' as Cindy and Carlos call it, with my connection with Santana, and jamming with Carlos at his residency at The House of Blues in Las Vegas and joining him onstage worldwide whenever possible.

My dream was to have Carlos play guitar on it as well, but he was busy recording his last album. I'm playing ALL the guitars on the song. Andy Vargas and Karl P. are my brothers as well. I asked them to guest on this track; their influences help give it the feel I was going for."

The original version of "World On Fire" is features on Free's latest album, "Turquoise Blue". Watch the video for the new remix below: