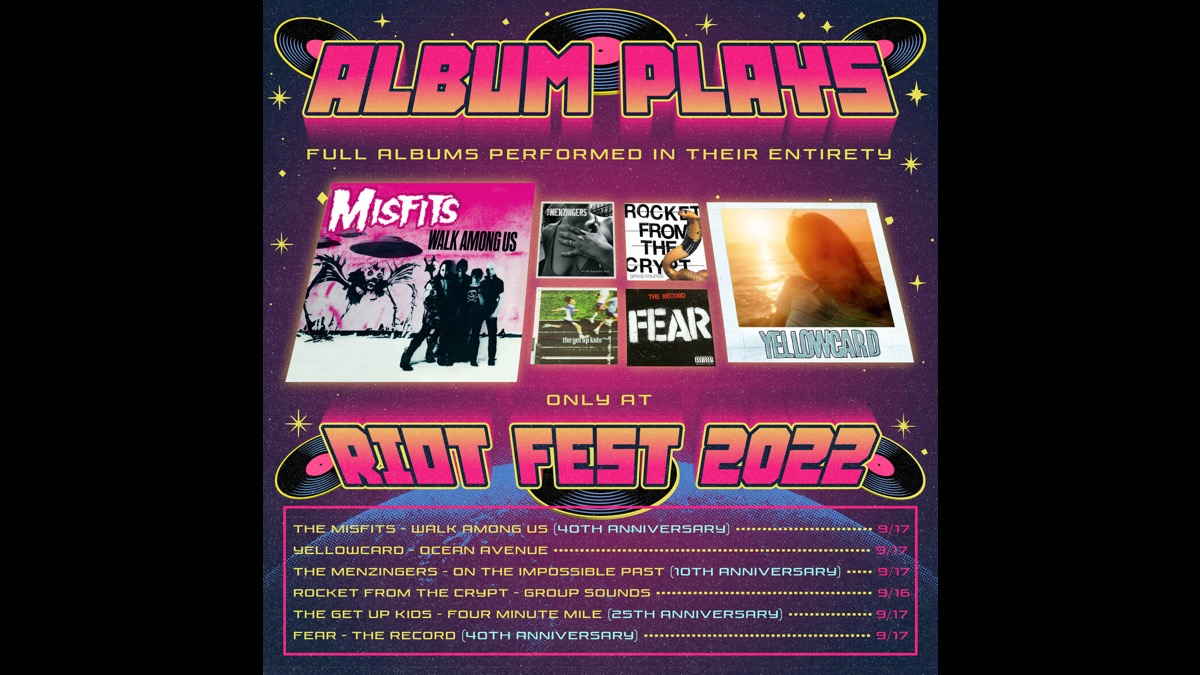 (WP) Riot Fest will be continuing the tradition of band performing full albums during their appearance at the festival and this year The Original Misfits, Yellowcard, The Menzingers, Rocket from the Crypt, The Get Up Kids, and Fear will be playing notable albums during their sets.

This year's Riot Fest will be taking place on September 16th, 17th and 18th at Douglass Park in Chicago. We were sent the following details about the full album sets:

The Misfits' debut record-one of the most influential punk records of all time-is home to some of their greatest hits, including "Skulls," "Astro Zombies," and "Mommy, Can I Go Out & Kill Tonight?". Walk Among Us has been cited by many as their introduction to punk music as a whole, including several Riot Fest artists: My Chemical Romance frontman Gerard Way picked it as the one record that changed his life. "My mom wouldn't buy it for me because it has a song called 'Devil's Whorehouse,' so I got my grandfather to buy it for me," Way told Guitar World. "I put it on and immediately I felt more liberated, free and pissed off than I'd ever been."

Yellowcard's biggest, most beloved record will be front-and-center for their exclusive reunion at Riot Fest 2022. It's known for the eponymous mega-hit Ocean Avenue that dominated airwaves and MTV at the time, along with the singles "Only One" and "Way Away". The Menzingers' On The Impossible Past, was met with universal praise upon release for its nostalgic lyrics and infectious melodies. It is a timeless record that perfectly captures the feeling of sitting with regrets, heartbreak, and old memories in your mid-20s-or as the band puts it, how "all good things must fall apart."