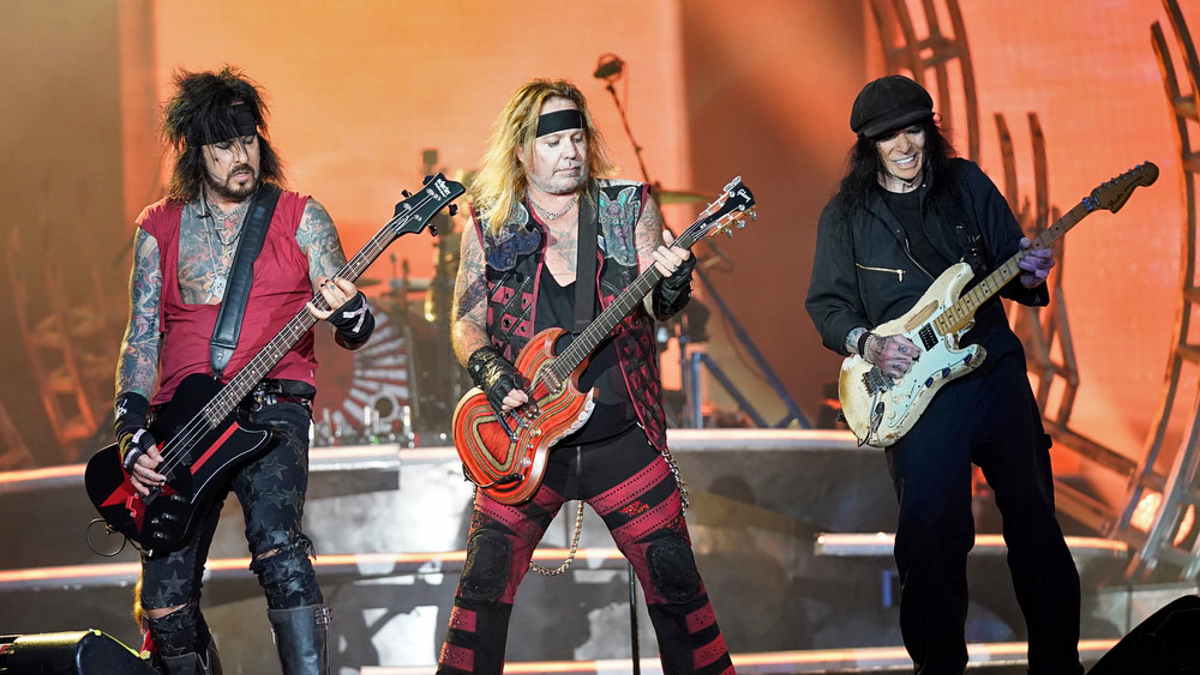 Photo by antiMusic's Rob Grabowski from The Stadium Tour

Motley Crue have confirmed that they have recruited John 5 to replace Mick Mars, after the founding guitarist revealed that he is retiring from touring due to health concerns.

The band had this to say about Mars departure and the addition of John 5, "While change is never easy, we accept Mick's decision to retire from the band due to the challenges with his health. We have watched Mick manage his Ankylosing Spondylitis for decades and he has always managed it with utmost courage and grace.

The new lineup will be hitting the road next year for The World Tour, a brand new coheadlining trek with Def Leppard that follows their successful Stadium Tour with Leppard and Poison this summer.