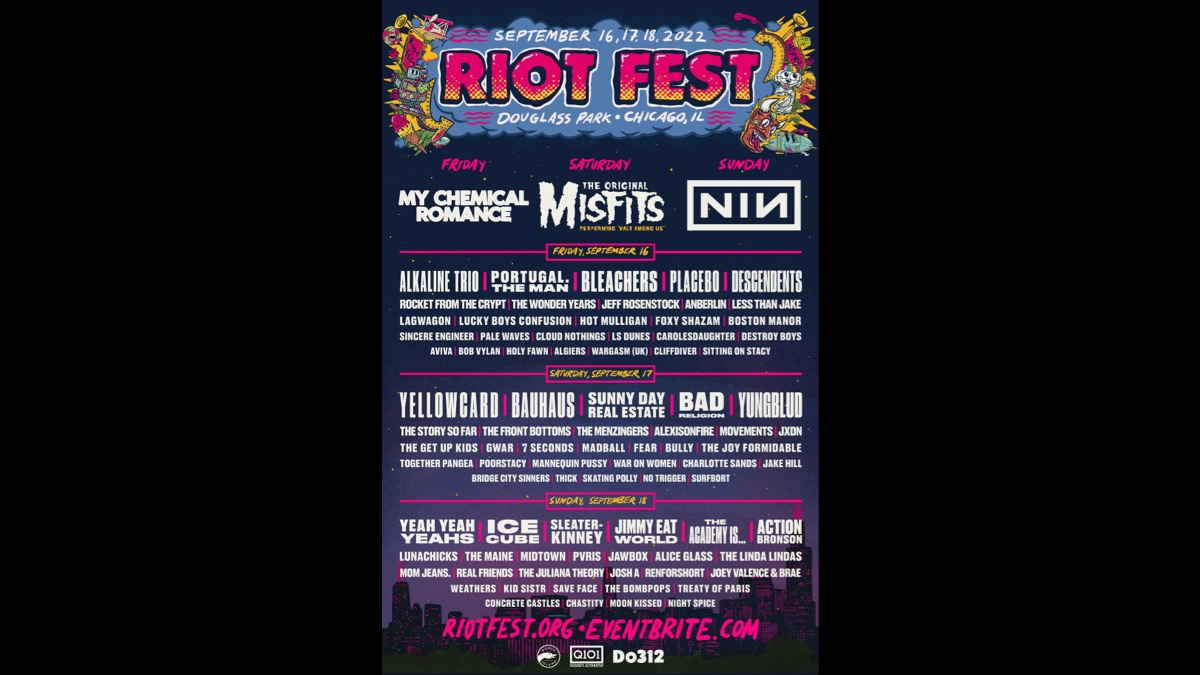 My Chemical Romance, The Original Misfits (Performing Walk Among Us), and Nine Inch Nails have been named the headliners for this year's Riot Fest.

The music festival will feature five stages of music over three days and will be taking place at Douglas Park in Chicago on September 16th, 17th and 18th.

Founder Mike Petryshyn had this to say, "I think this year's lineup really speaks to who we are; it's been a minute since we've gotten to curate a lineup like this. I'm especially excited for what this is leading into: the stuff that's happening in the next few weeks, and the years to come."