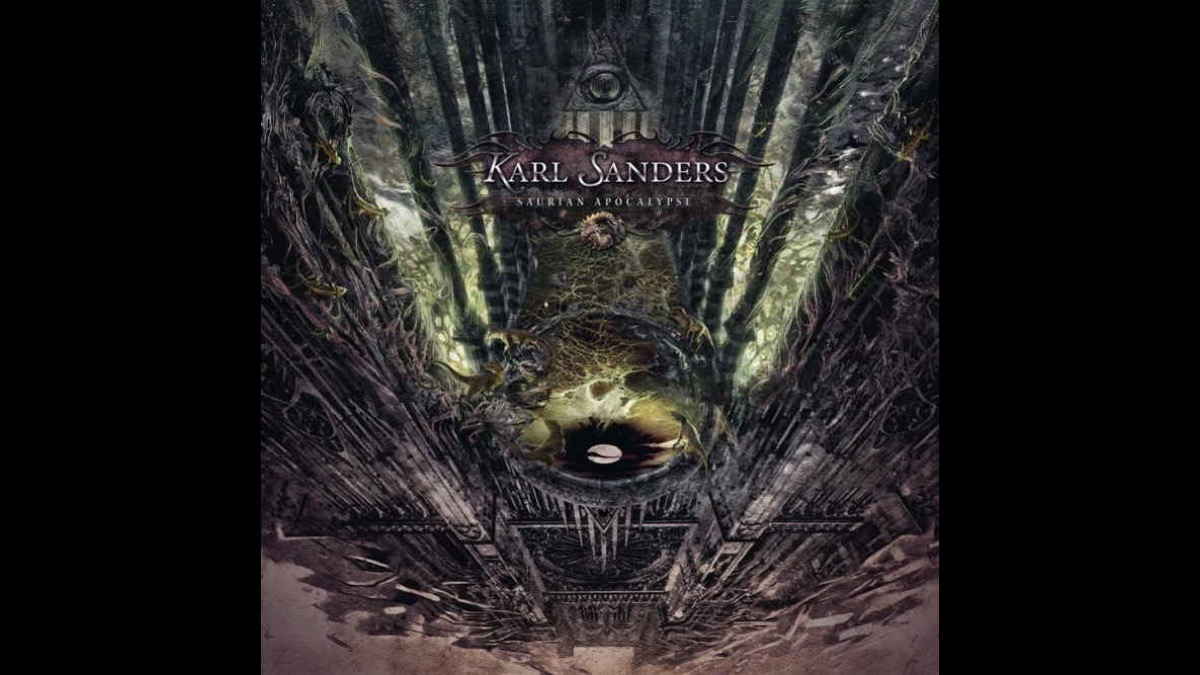 Nile's Karl Sanders has released an animated video for his new single "The Sun Has Set on the Age of Man" to celebrate the announcement of his forthcoming solo album.

The new album, "Saurian Apocalypse", will be released on July 22nd and is the third and final chapter of his Suarian series that launched with "Saurian Meditation" in 2004, and continued with "Saurian Exorcisms" in 2009.

Sanders had this to say about the new song, "'The Sun Has Set on the Age of Man' is a great choice for people's first exposure to this album. It's the opening track of the new Saurian record, very cinematic and an eerie mood setter. Much like the score of an opening scene of a Sci-Fi movie, the song serves as an introduction for the many twisted journeys of the album that follows. It uncannily evokes that feeling we all get right after the sun has gone down and night is upon us, conjuring an awareness of the ancient, evolutionary dread of the unknown dark and its terrors that have been imprinted on the human psyche since early prehistoric man first realized that there were things in the night that would prey upon him.

"The track is also very special to me as it features two dear longtime friends of mine, original Nile drummer Pete Hammoura on percussion, and legendary guitar shredder Rusty Cooley on guest acoustic solos. Although Rusty certainly is a prolific electric guitar shredder, this track marks his debut on acoustic guitar. Thank you, Pete and Rusty!" Watch the video below: