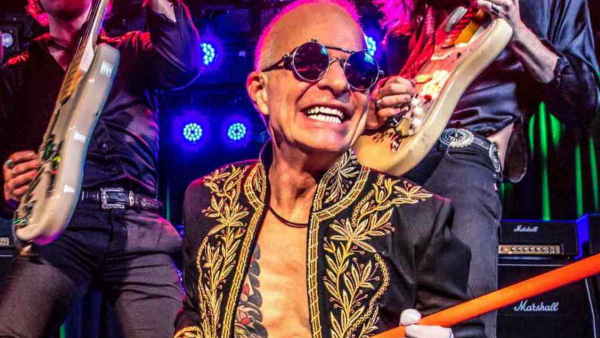 Ozzy Osbourne sang Eddie Van Halen's praises, but was not as complementary towards Van Halen frontman David Lee Roth in a new interview.

The Black Sabbath legend made the comments during a chat with Revolver where he recalled Van Halen opening for Sabbath on their Never Say Die Tour in 1978.

He said that Eddie Van Halen "was such a great guy. They came to our local pub and it was good fun." Ozzy then added, "But David Lee Roth, he's lost a couple of nuts and bolts. When you meet him, it's like, 'What's wrong with him?' He's like somewhere else, you know?"

Ozzy also said that Eddie and the late Randy Rhoads "were arch enemies. Randy didn't have a lot to say about Eddie. They were very, very similar guitar players. Eddie took that tapping thing to another level. Randy could do that, but he liked people like Leslie West.

"It amazes me that you get Eddie, you get Randy, and you go, 'No one's ever gonna top that.' But there's a new thing round every corner."