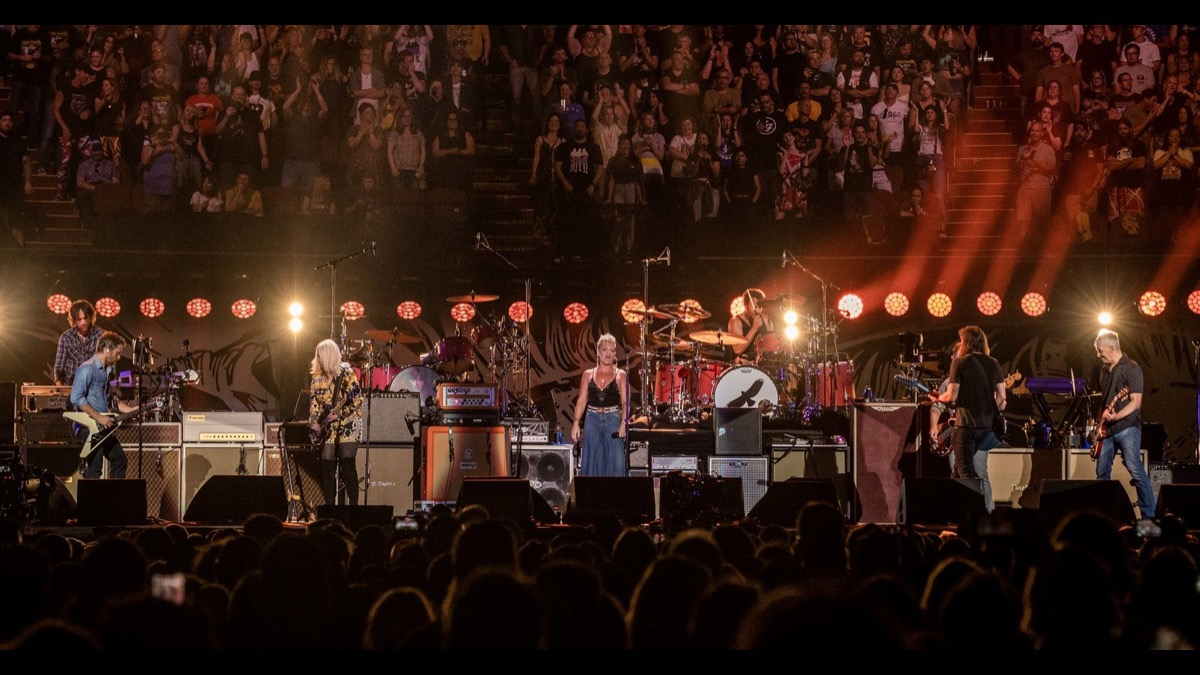 Video still of the performance

(hennemusic) Pink joined Nancy Wilson for a performance of the Heart classic, "Barracuda", at the Taylor Hawkins Tribute Concert in Los Angeles on September 27.

"Another good friend of Taylor's was a rock hero to all of us" Dave Grohl told the crowd at The Kia Forum, "a band that we all grew up loving, also from Seattle, would you please welcome the most incredible Miss Nancy Wilson from Heart is here tonight.

"And we can't have her here unless we're going to play a Heart song tonight - my favorite of them all, I just gotta say - but who the f**k is going to be able to sing that because who can sing a Heart song? I'll tell you who - Pink can sing a f**king Heart song."

The pair were rounded out by Queens of the Stone Age drummer Jon Theodore, and members of the Foo Fighters for the song, which originally appeared as the lead single from Heart's third album, 1977's "Little Queen", and was a US Top 15 hit while going on to become a rock radio staple.

The appearance came one day after Wilson shared a personal song tribute to Hawkins, who was among the guests on her 2021 solo debut, "You And Me."

Read more and watch video of the tribute performance here.