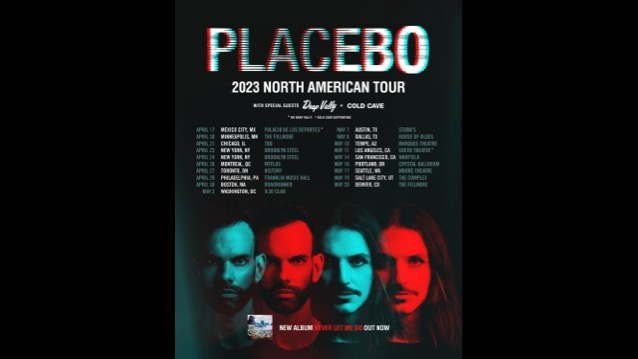 Placebo have announced rescheduled dates for their North American Tour, which is now scheduled to take place in April and May of next year and will promote their latest album, "Never Let Me Go".

They will be kicking things off on April 17th in Mexico City, MX at the Palacio de Los Deportes and the tour will conclude on May 20th in Denver, CO at The Fillmore.

According to the announcement, Tickets for the 19-date trek are on-sale this Friday at 10 a.m. local time. Deap Vally open on all dates except the Mexico City performance. Cold Cave will also perform at the Los Angeles date.

"The originally announced Vancouver performance was unable to be rescheduled, tickets are available for refund at the point of purchase. The Austin venue has been upgraded from Emo's to Stubbs, all tickets remain valid". See the dates below: