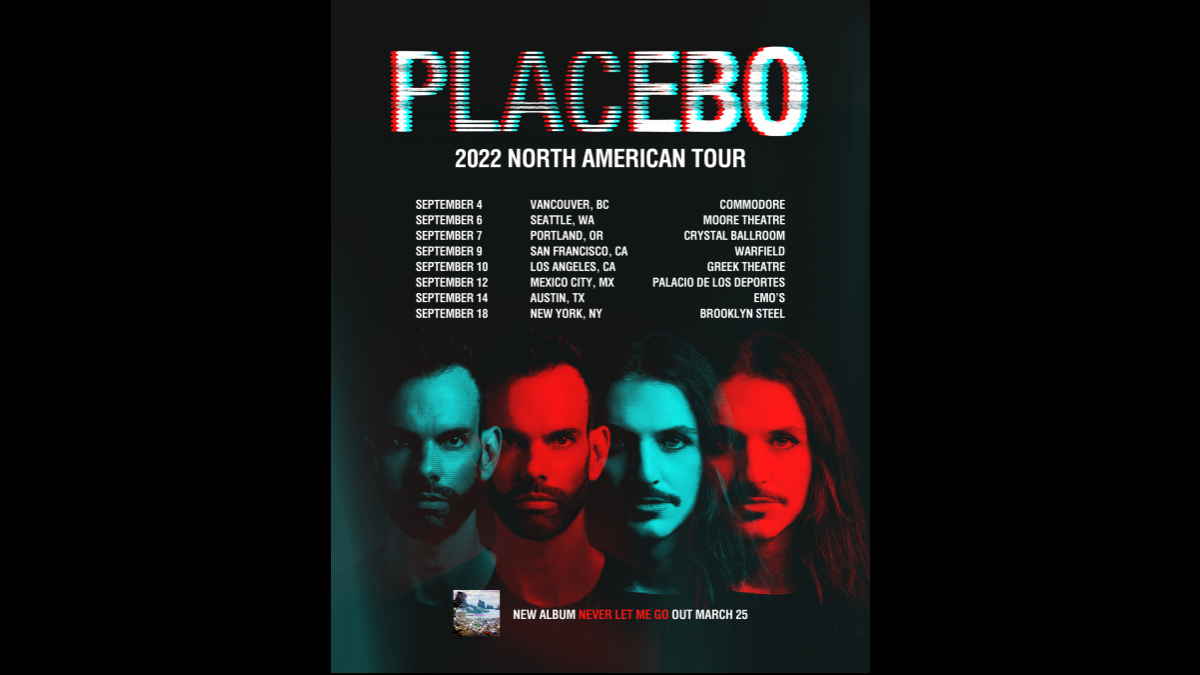 Placebo have announced that they will be launching their first North American tour in eight years in September in support of their forthcoming album, "Never Let Me Go."

The tour will be kicking off on September 4th in Vancouver, BC at The Commodore Ballroom and will wrap up on September 18th in New York City at Brooklyn Steel.

Brian Molko and Stefan Olsdal will be releasing their 13-track eighth studio album on March 25th. Molko had this to say about the effort, "I wanted to capture the confusion of what it's like to be alive today, the feeling of being lost, always walking in a labyrinth, continuously being overwhelmed by information and opinions." See the dates below: