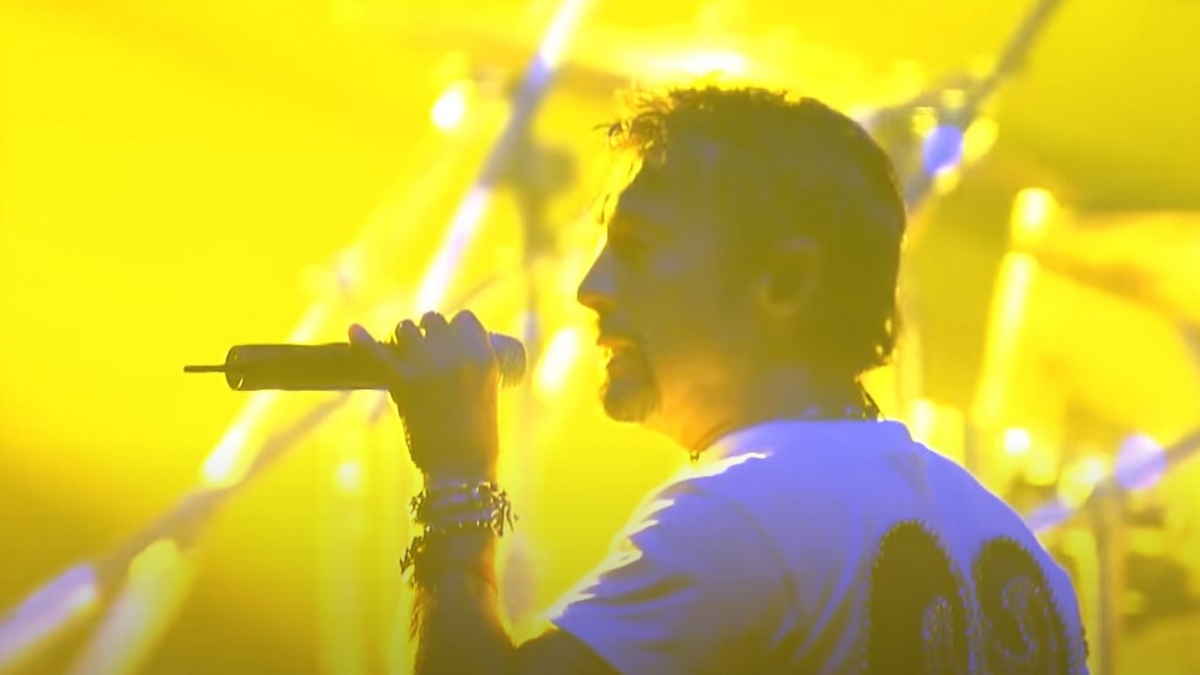 (Hollywood Records) Queen continue to look back at their legendary career with their streaming video series The Greatest. This week the band reflects on their collaboration with Bad Company frontman Paul Rodgers.

We were sent the following details: A 2004 chance appearance together on stage at a 50th anniversary Fender Stratocaster show in London which brought together Brian May and one of Freddie and the band's favorite vocalists would usher in a new touring and recording era for Brian and Roger.

Queen The Greatest this week heads back to 2005 to celebrate a collaboration that 'rocked the cosmos' - Queen + Paul Rodgers. Taylor Hawkins: "I always held out hope, because Brian and Roger, you don't want to keep that Lamborghini in the garage. You know, you got to drive that f*****g car every once in a while. So I was hoping that they would find someone."

Brian May: "We've done odd gigs, you know, as Queen in a sense, you know, using guest artists. It was just, I remember saying not many months ago when somebody said, 'can you do a Queen tour, can you call it Queen?' And I said, 'well, no, not really. Not barring a miracle. If there's a miracle that we find the right person to sing, then yes.'"

Brian May: "Even though we were proud of what we'd done, we didn't want to go out there and be Queen again without Freddie. And it happened almost by accident at an awards show. I played with Paul Rodgers, who was a hero of ours. and I remember coming off stage and Paul's lady said, 'Oh, you guys seem to really have a great chemistry. All you need is a drummer.' And I went, 'well, I think I know a drummer!'"

Queen announced a planned collaboration with Rodgers in October 2004, then appeared together when the band was inducted into the U.K. Hall of Fame on November 22 performing Queen's "We Will Rock You" and "We Are the Champions" that night, along with "All Right Now."

The group's first public performance was at a concert in George, South Africa, in March 2005, Queen's second concert in support of Nelson Mandela's 46664 AIDS awareness campaign and shortly after they announced a world tour.

Roger Taylor: "Brian and I find that we still have the magic on stage. So it's great to be doing this with a different singer, but the magic of Queen is absolutely still there."

Their first tour comprised of 41 dates across Europe, the USA and Japan - seeing Queen return to famous venues such as London's Hyde Park and the Hollywood Bowl in Los Angeles. This was followed a year later with another North American tour.

Brian May: "He enjoyed playing a lot of the Queen stuff. Not all of it, you know, not all of it suited him, but it was a good combination for a while. We ended up going all round the world a couple of times with Paul."

Brian May: "I would still go to shows and think, 'well, we used to do that, you know, we used to play in arenas or whatever.' And suddenly out of the blue, we are in the same arena again and how incredible that we can still do that, people still want to come and fill those arenas, and we can still rock the hell out of them."

Roger Taylor: "He was his own man and he belonged in the sort of blues soul field, which there is no, no-one better."

Roger, Brian and Paul next took their partnership into the studio, which resulted in The Cosmos Rocks album. This was to be followed by another massive tour that as well as spanning Europe and South America, would see Queen finally get to perform in Russia.

But to start things off, the band first went to Kiev's Freedom Square to perform in front of a staggering crowd of 350,000 people.

At the end of that tour, Queen and Paul decided the time was right to go their separate ways, having achieved far more than imagined at the outset.

Brian May: "And again, I think Roger and I thought, 'OK, that's it.' You know, we've done that, and we've done this, and there is nobody out there. We don't want to employ someone to copy Freddie. Why would we do that? It just wouldn't make sense."

As it turned out, fate was about to play a hand in introducing Brian and Roger to another remarkable singer. Watch the episode below: