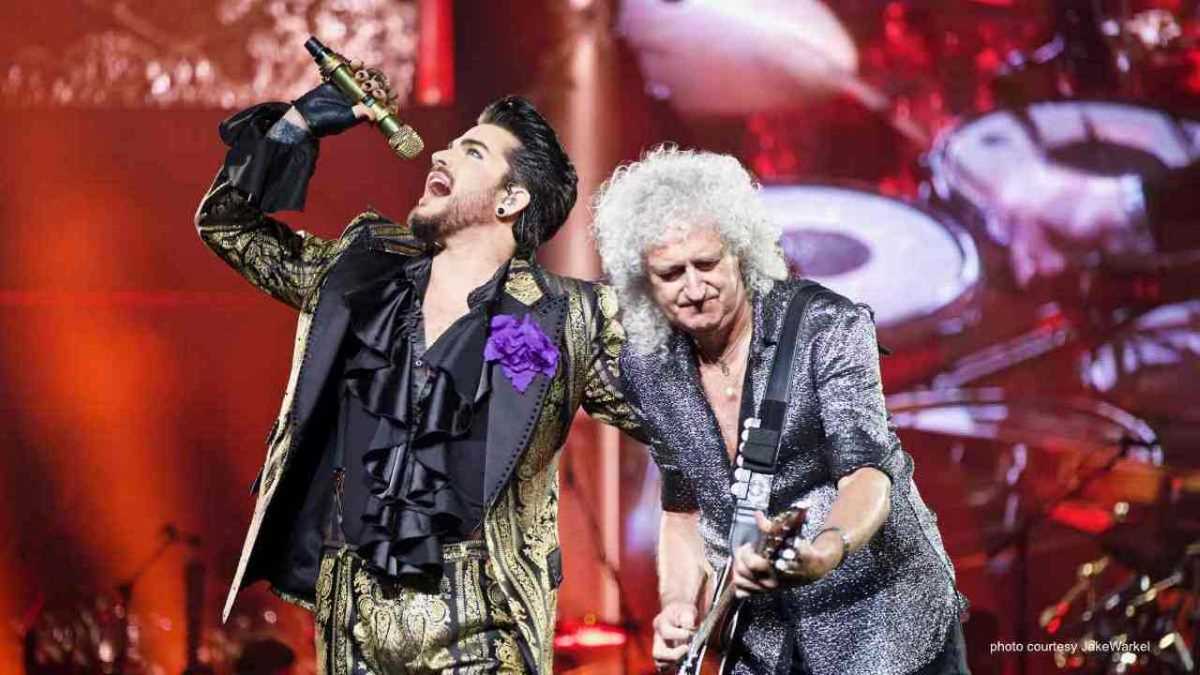 (hennemusic) Queen and Adam Lambert will perform at Queen Elizabeth's Platinum Jubilee concert at Buckingham Palace on June 4. As part of the Queen's anniversary marking 70 years of service to the people of the United Kingdom, the Realms and the Commonwealth, Queen and Lambert will open the concert with a very special one-off production which will no doubt summon memories of Brian May's historic appearance on the Palace roof at the Golden Jubilee Concert in 2002.

"Twenty years after playing The Queen's glorious Golden Jubilee we're very happy to be invited again," says May. "Then there was a moment when I wondered ... after Buckingham Palace roof where can you go? Well ... you will see!!!"

Stars from the stage and screen, and the sporting world appearing at the event and on film will include Sir David Attenborough, Emma Raducanu, David Beckham, Stephen Fry, Dame Julie Andrews, The Royal Ballet, Ellie Simmonds, and a specially recorded performance from Sir Elton John. Sam Ryder, the United Kingdom's Eurovision hero, will also perform live, fresh from his success in Italy.