Queen Revisit First Concert With Adam Lambert On The Greatest 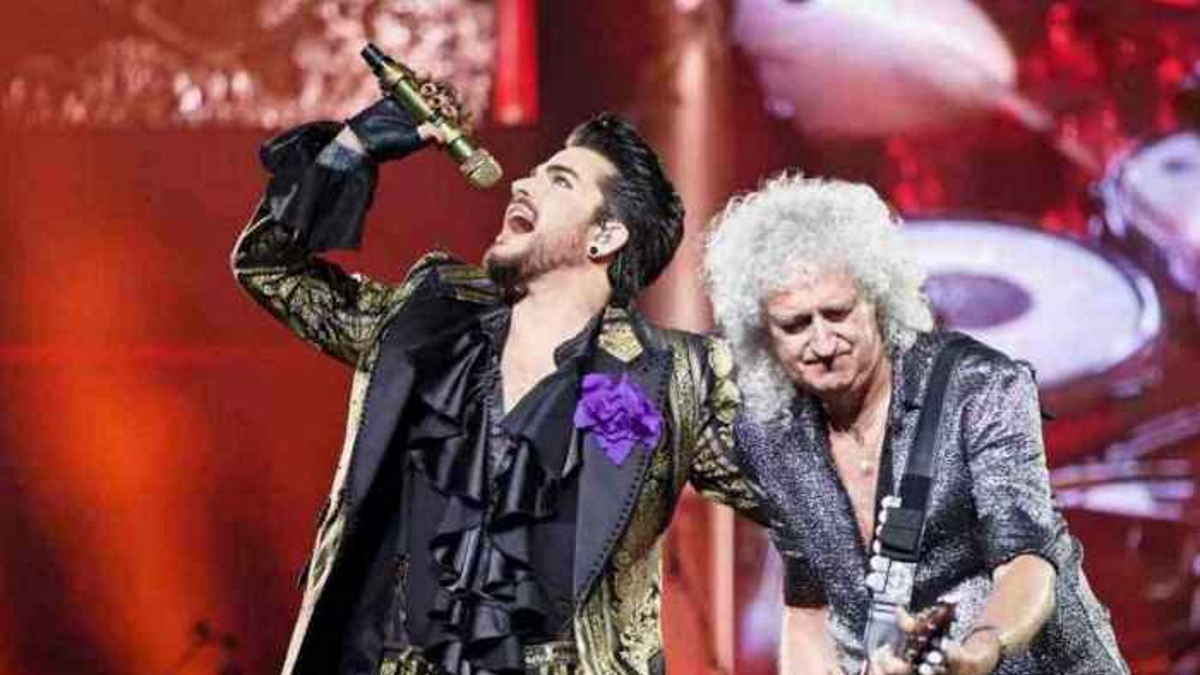 Brian May and Roger Taylor first crossed paths with Lambert when they joined him on the season 8 finale of American Idol; the pairing regrouped again to perform at the 2011 MTV Europe Music Awards and prepared to launch a European tour under the Queen + Adam Lambert banner the following year.

As the tour launch neared, Queen and Lambert were offered a slot at a massive Let's Stop AIDS Together awareness concert at Kiev, Ukraine's Independence Square in front of a massive crowd of over 350,000 people and a TV audience of millions, and the June 12, 2012 event would become the lineup's first full concert performance.

"I think it must have been the most terrifying moment for Adam," recalls May. "He didn't look like it was terrifying. He looked like he did this every day. It was a tall order, and I think we all knew it, and that gig was put in at the front of the tour to enormous numbers of people."

"I definitely was intimidated by the idea of singing somebody else's songs, especially from such a beloved band," shares Lambert. "In the back of my head, I was like, 'Oh God, I hope this is the right idea'. You know, I'm so excited to sing these songs, but I don't know how it's going to be received."

The singer would get some extra help on stage, especially from keyboard player Spike Edney. "I had a lot of help," says Lambert. "Spike, who was on keys, I kept looking at over and over again, like, 'am I supposed to come in here? How long is the guitar solo? Is it my turn?'"

"Because of his stage training, he was quite happy to take cues," Edney explains. "He used to just check in with me and I'd give him a 'yes', and 'no' if it was wrong, meaning wait."

"It was fun and it was thrilling, and it was what I love the most about being a vocalist: the adrenaline," adds Lambert. "It's the thrill of something that could possibly go wrong. I like that. I like the danger in that."

The Queen legends were both impressed with Lambert's debut. "I had no doubts he could do it," shares Taylor. "It was good, you know, the feeling was good."

"He's out there, putting it out there, you know, and he sang great and interacted great, and it was a big success," remembers May. "An incredible thing for a new member of a group to step on stage and do that. I took my hat off to him at the time. And of course, the rest was easy after that."

The 'rest', as Brian refers to, amounts to a total of 218 shows performed together the world over to an audience in excess of 3.6 million. Watch the episode here.