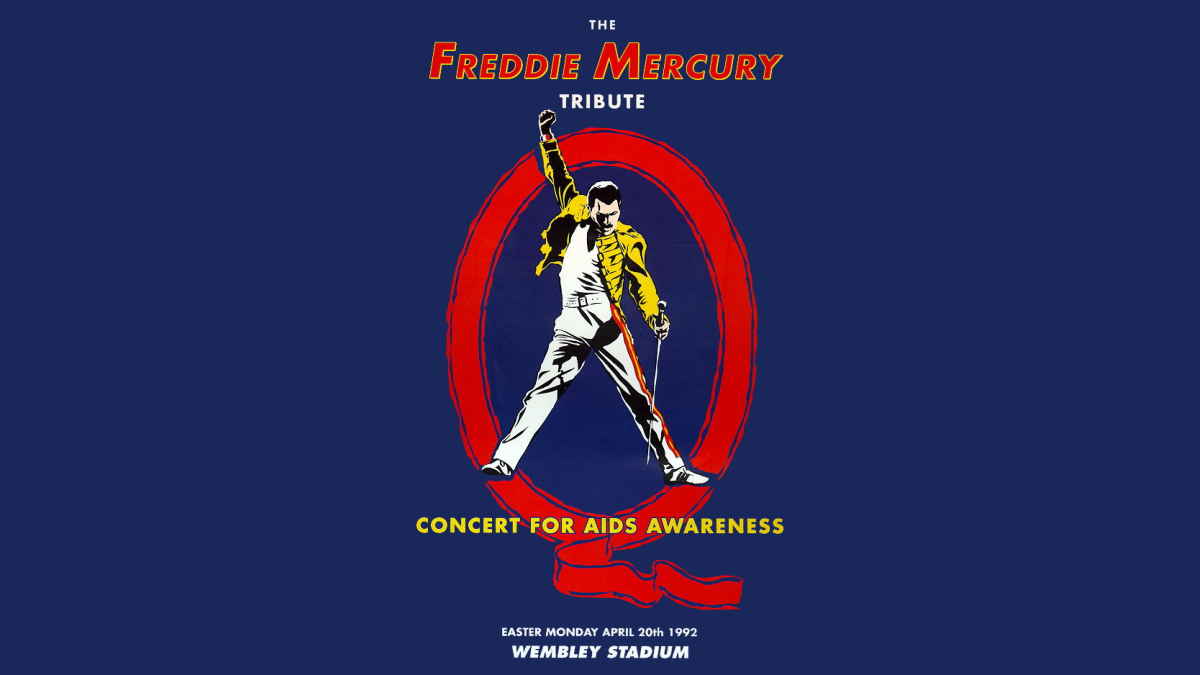 (hennemusic) Queen are streaming video of the Freddie Mercury Tribute Concert for a limited time to mark the 30th anniversary of the special all-star celebration event.

The Freddie Mercury Tribute Concert for AIDS Awareness took place on April 20, 1992 (Easter Monday) at London's Wembley Stadium in front of a sold-out crowd of 72,000 and global broadcast audience of over one billion.

The concert was a tribute to Queen's lead vocalist, Freddie Mercury, who died of AIDS on November 24, 1991 at the age of 45. Queen's remaining members Brian May, Roger Taylor and John Deacon were joined on stage by many of the biggest acts in the world including David Bowie, George Michael, Annie Lennox, Elton John, Guns N' Roses, Robert Plant, Metallica, Liza Minelli, Def Leppard, Seal, Roger Daltry and many more.

The concert was to be the last large scale live event John Deacon performed with Queen. Read more and watch the tribute concert video here.