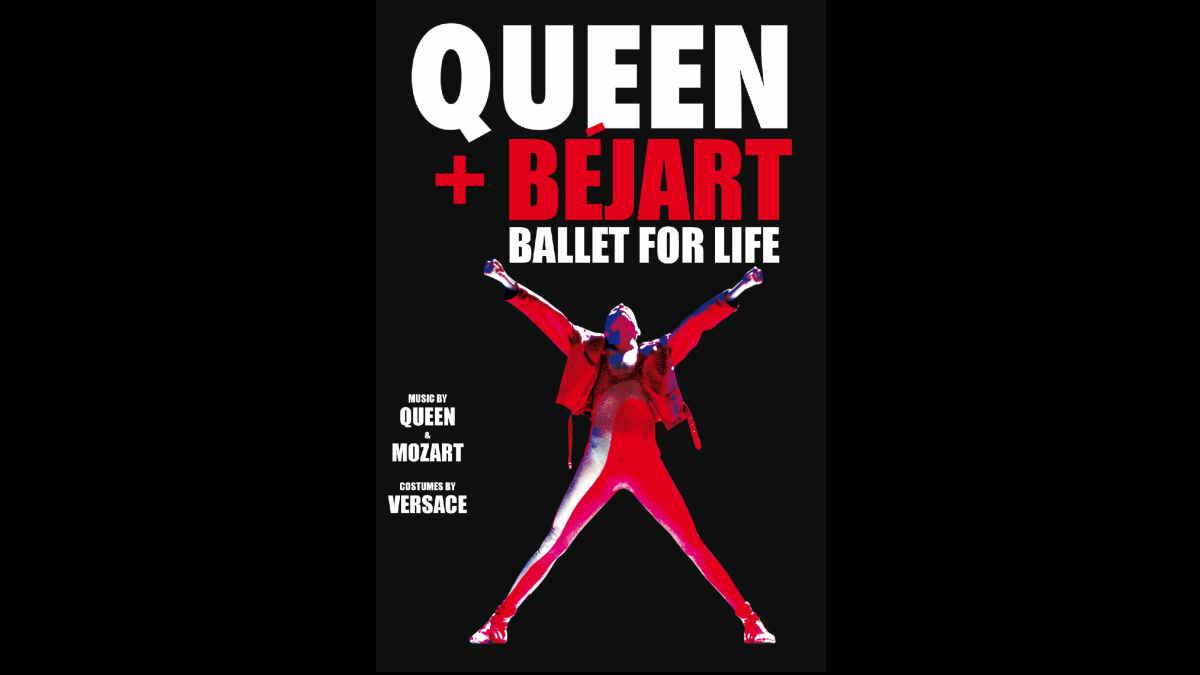 Inspired by Queen's Made in Heaven album, and driven by the desire to shine a light on the AIDS pandemic and the tragedy of the people who died too young because of it, the internationally renowned choreographer, Maurice Bejart, approached Queen with an extraordinary vision for a new ballet which would draw its inspiration from the lives of Freddie Mercury and Bejart's former principal dance Jorge Donn, both lost to AIDS.

Roger Taylor: "I met Maurice Bejart at the unveiling of the (Montreux) statue to Freddie. He was an entrancing man and his steely blue eyes lit up and he would carry you along with his enthusiasm.

"We were delighted that somebody wanted to do something so creative with the music. So you know, why not?"

Brian May: "How could we possibly say 'no' to a giant of another discipline in our..., you know, coming to us and asking us if he can use our music? What a wonderful thing to happen. I mean, yeah."

With Queen's extensive and eclectic catalogue of music to choose from, Bejart began to create a ballet that interpreted some of the band's most iconic songs in completely new ways.

Bejart also cleverly added some music from Mozart into the mix, and as the ballet took shape, he then turned to Gianni Versace to design the costumes.

Roger Taylor: "We always had a rule of wearing either black or white on stage, and Gianni Versace did the wonderful costumes, and he stuck to that sort of rule. And they're very immaculate, and I think they look terrific."

Roger Taylor: "Maurice really took on board some of the aspects of our live performance, even including coloring, colors and lighting. It looks very alive. It looks very modern."

The January 1997 premiere at the Théâtre de Challot in Paris included a performance by Queen joined by Elton John that would prove to be another milestone in the band's history.

Brian May: "The first proper public show was due to be in Paris, and we talked about being there and we said we'd like to be there."

Brian May: "We thought 'oh dear,' because it's a strange thing for us to do, firstly, we haven't played for God knows how long. We don't have a singer. It's one song and you have to get a whole production for one song, one performance. And then this message came from Elton saying, 'Let's play.'"

Roger Taylor: "And that was John (Deacon)'s last ever performance, and I could tell he wasn't happy because he was sort of chain smoking and very, very nervous and had been severely traumatized by losing Freddie."

Brian May: "Deacy, our dear friend John, I think he didn't arrive at the same places as we did. And John is there, but John is really so desperately uncomfortable with the whole thing. You can see him, kind of his whole body is sort of reacting against it.

"And at the end of it, he says, I can never do this again. I can't do this. And it was true, that's the last time he ever played with us, John, in public."

"The Ballet For Life" was a key part of the Queen story, and 25 years later is still very much alive and continuing to tour, entertaining and enthralling audiences around the world.

Roger Taylor: "I was very pleased to have the music allied with Mozart, Versace and Maurice Bejart's wonderful ballet. It took us to another sphere."

Brian May: "It did something very big for us. It changed the way we felt about the continuing life of Queen music in the world, and I'm very happy, very proud of that moment in time when Queen Music and Mozart and Maurice Bejart came together in one place."