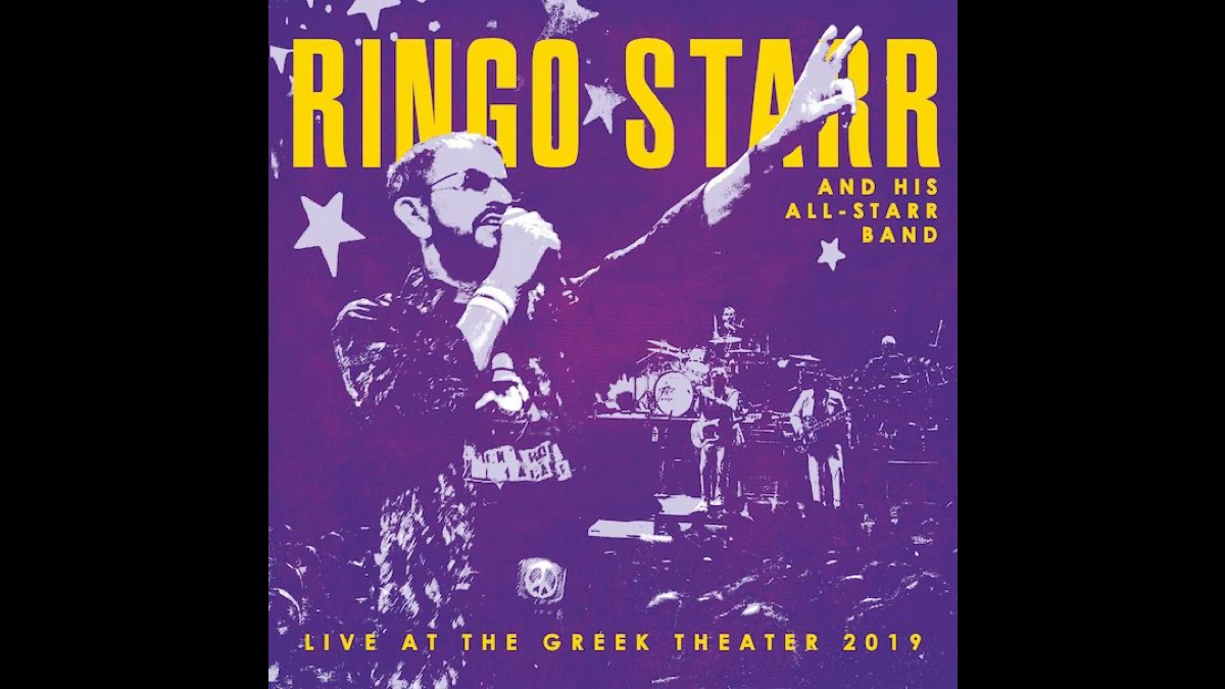 (Beautiful Day Media) Ringo Starr has released a live performance live of the Carl Perkins classic "Matchbox" to celebrate the announcement that "Ringo Starr and His All Starr Band Live At The Greek Theater 2019" (Roccabella via BFD/The Orchard) will be released on November 25, 2022 on DVD, Blu Ray, CD and be available on a special yellow double LP, as a Record Store Day Exclusive.

This collection commemorates Ringo Starr and His All Starr Band's (Steve Lukather, Colin Hay, Greg Rollie, Hamish Stuart, Warren Ham and Gregg Bissonnette) 2019 performance at the Greek Theater, captured nearly 30 years to the day when Ringo and his very first All Starr Band played there on September 3, 1989.

This was the last show of that tour in 2019, which included shows throughout the US and Canada as well as Japan. It also celebrated 30 years of wonderful music, and to mark the occasion All Starrs from throughout the years including Joe Walsh, Nils Lofgren and Jim Keltner from the first band, as well as Edgar Winter, Eric Carmen and Wally Palmer, flooded onto the stage to join in for the final song, "With A Little Help From My Friends". This momentous and celebratory concert was captured on film, and watching it the viewer is transported into that open air arena among the Redwoods in Griffith Park.

From its inception and first tour in 1989 with the inaugural All Starr lineup -Joe Walsh, Dr. John, Billy Preston, Rick Danko and Levon Helm from The Band, Clarence Clemons and Nils Lofgren from Bruce Springsteen's E Street Band, and session drum legend Jim Keltner-until the current and 15th iteration on tour now - Ringo Starr and His All Starr Band, who he has called "the best 1-800-band in the land," deliver shows packed with hits that continue to delight audiences around the world. On this current tour, which was initially booked for 2020, fans held on to tickets until 2022, and the joy is apparent show after show. Ringo often says of the concerts that they are peace and love fests, "I love the audience and they love me and the band," and that is exactly what was captured at the Greek on September 2, 2019.

Here is the track list, which reads like a greatest hits playlist to most of our lives:

Ringo Starr and His All Starr Band Reveal Rescheduled Dates