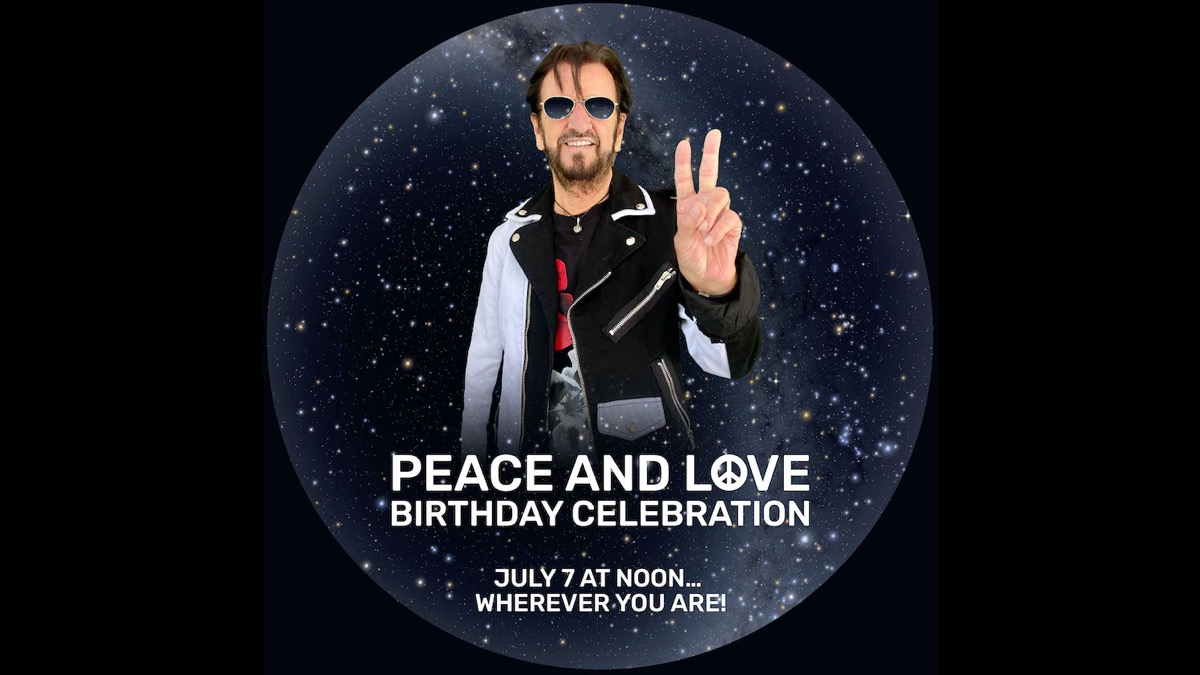 (Beautiful Day Media) Beatles legend Ringo Starr has shared a short video message with fans prior to His Annual Peace & Love Campaign celebrations on his birthday on July 7, 2022.

They will gather together in Los Angeles for Ringo's annual Peace & Love Birthday event, and at Noon give the traditional "Peace and Love" exclamation. This year Artemis Music Space Network, through the International Space Station (ISS) will amplify that message not only to the entire planet but up into Earth's orbit and to the stars.

At Noon Ringo will signal the Artemis Mission Control Center in Houston, Texas to beam his message & music (Ringo's 2021 single release "Let's Change The World" and his "Star Song" (the music the stars made upon his birth as mapped out by Artemis) to the International Space Station (ISS), where it will orbit around the Earth, passing over many countries and much of the Earth's population and beaming back down messages of peace and love while also traveling out to distant stars.

Prior to this musicians, including Langhorne Slim and Sawyer Fredericks, will celebrate Ringo's music with tribute performances.

The global celebrations continue to be confirmed and so far include 26, beginning in Sydney, Australia, where Today's Karl Stefanovic has the first Noon "Peace & Love" event of the day. It then continues with events in Tokyo and Osaka, Japan; Moscow, Russia; Athens, Greece; Jerusalem, Israel; Ticino, Switzerland; Halle, Germany; Barcelona and Madrid, Spain; Venice, Italy; London, England; Buenos Aires and Chascomús, Argentina; Sao Paulo, Brazil; Lima, Peru; Panama City, Panama; San Salvador, El Salvador; Guatemala City, Guatemala; San Jose, Costa Rica; and Stateside in New York City, New York; Interlochen, MI (Interlochen Center for the Arts); Cleveland, OH (Rock and Roll Hall of Fame and Museum); Fairfield, IA (Marharshi University) and Los Angeles, California (Ringo usually invites fans to join him in person however this year the gathering in Los Angeles could not be made public to adhere to city ordinances). This year also sees the first "Peace and Love" celebration in South Africa, where people in Yeoville, Johannesburg will gather at Noon and participate at the Friday Hartley Shelter.

In advance of July 7, and continuing through July 10, one of the event sponsors, The Beatles Channel on SiriusXM, will air special programming celebrating Ringo's birthday. Starbucks, one of the events amplifiers, will be playing a special Ringo Playlist in over 10,000 Starbucks stores, and share with cutomers a special Peace & Love message from Ringo at Noon local time at participating locations. Watch the message from Ringo below: