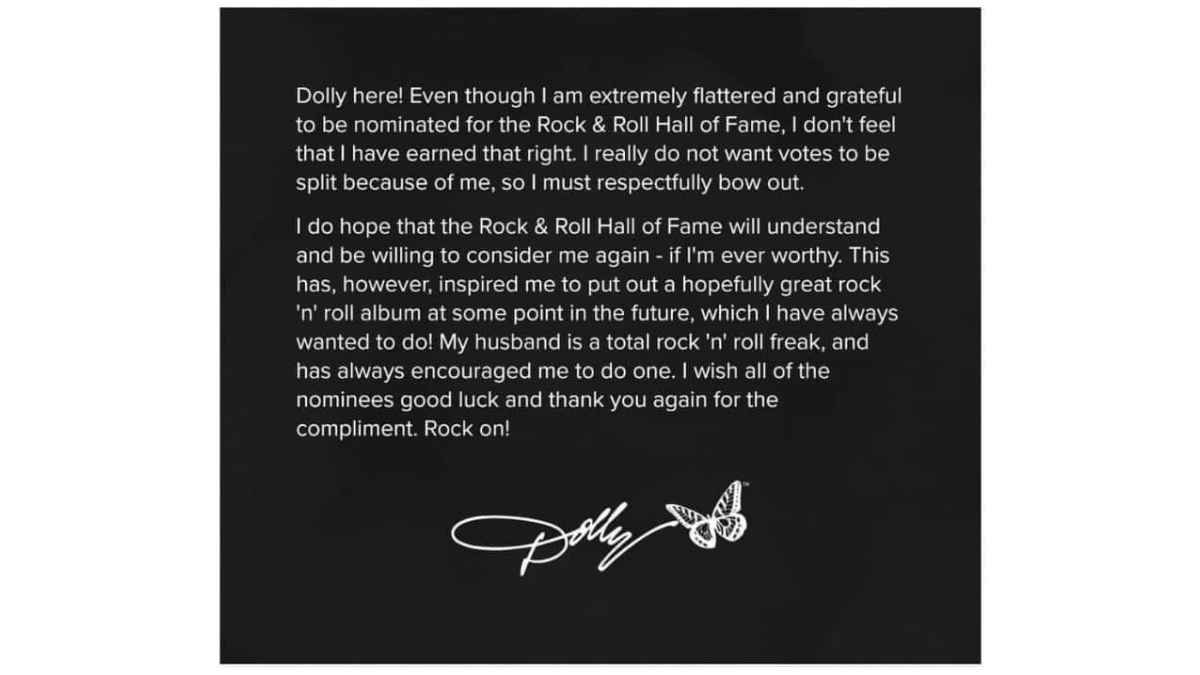 The Rock And Roll Hall Of Fame are refusing to remove Dolly Parton's nomination after the country music legend requested that she be removed from consideration for the class of 2022.

The Rock publicly responded to Dolly's request with the following, "All of us in the music community have seen Dolly Parton's thoughtful note expressing her feeling that she has not earned the right to be inducted into the Rock & Roll Hall of Fame. In addition to her incredible talent as an artist, her humility is another reason Dolly is a beloved icon by millions of fans around the world.

"From its inception, Rock & Roll has had deep roots in Rhythm & Blues and Country music. It is not defined by any one genre, rather a sound that moves youth culture. Dolly Parton's music impacted a generation of young fans and influenced countless artists that followed. Her nomination to be considered for induction into to the Rock & Roll Hall of Fame followed the same process as all other artists who have been considered.

"Dolly's nomination, along with the other 16 for the class of 2022 was sent out earlier this month to our 1,200 general ballot voters, the majority of whom are artists themselves, for consideration for induction at our ceremony.

"We are in awe of Dolly's brilliant talent and pioneering spirit and are proud to have nominated her for induction into the Rock & Roll Hall of Fame."

That statement was in response to this post from Dolly on Monday (March 14th), "Dolly here! Even though I am extremely flattered and grateful to be nominated for the Rock & Roll Hall of Fame, I don't feel that I have earned that right. I really do not want votes to be split because of me, so I must respectfully bow out.