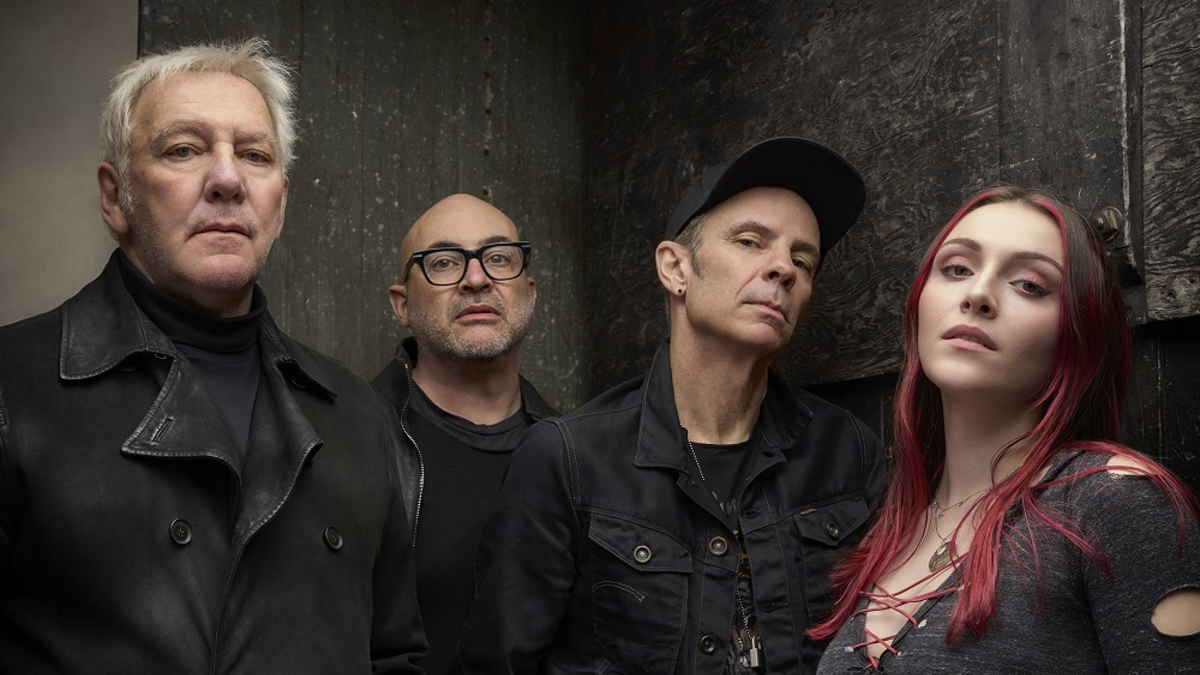 (hennemusic) Envy Of None - the new band featuring Rush guitarist Alex Lifeson - is streaming their self-titled debut album alongside its official release on April 8th.

It was Wynne's introduction to the project that made a notable impression on the other members of the lineup. "I sent over an early version of the song Shadow," explains Curran about the work done remotely from different locations. "When I played what she'd done back to the others they were like, 'Who is this crazy talented person?!'"

"Maiah became my muse," says Lifeson. "She was able to bring this whole new ethereal thing through her sense of melody on tracks like 'Liar' and 'Look Inside'. After hearing her vocals on 'Never Said I Love You', I felt so excited. I've never had that kind of inspiration working with another musician. When we say she's special, it's because she's really f**king special!"

Lifeson wrote the album closer, "Western Sunset", in tribute to his dear friend Neil Peart. "I visited Neil when he was ill," recalls Lifeson. "I was on his balcony watching the sunset and found inspiration. There's a finality about a sunset that kinda stayed with me throughout the whole process. It had meaning. It was the perfect mood to decompress after all these different textures... a nice way to close the book." Stream the album here.