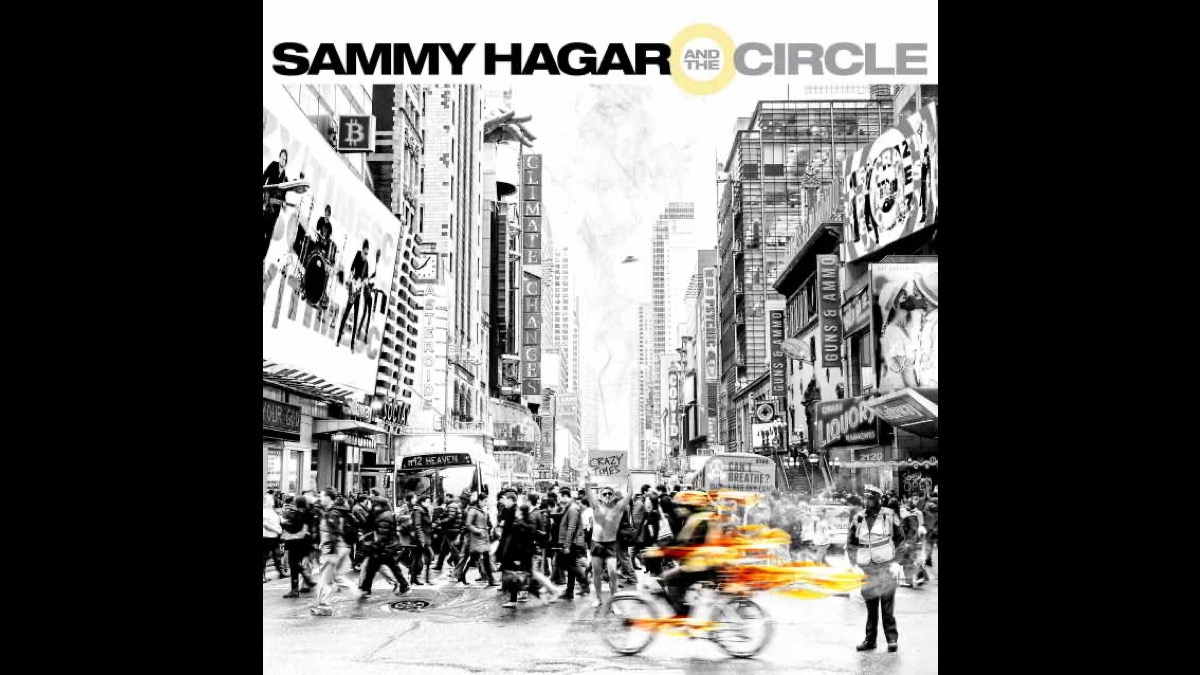 (hennemusic) Sammy Hagar And The Circle have released a music video for their new single "Father Time", which is a track from their new album, "Crazy Times."

"When I first wrote Father Time, I kept it from everyone because it was so personal that I'd get too choked up to actually sing it," explains Hagar. "I wrote it just after turning 70 while I was at our then home in Maui. That house was my sanctuary in the middle of the jungle, overlooking the ocean-- it was just paradise.

"The words 'Father Time's over there looking over my shoulder' just kept going through my head, so I picked up my guitar and the rest of the song just came spilling out. I turned on my iPhone and recorded it. I cried my eyes out after I wrote and played it back. It's probably the most personal song that I've ever written and now, after just turning 75, I'm finally ready to release it."

Hagar celebrated his 75th birthday on October 13 as part of his annual week of Birthday Bash concerts at his Cabo Wabo Cantina in Cabo San Lucas, Mexico.

The band recorded "Crazy Times" with producer Dave Cobb at the historic RCA Studio A in Nashville, TN.