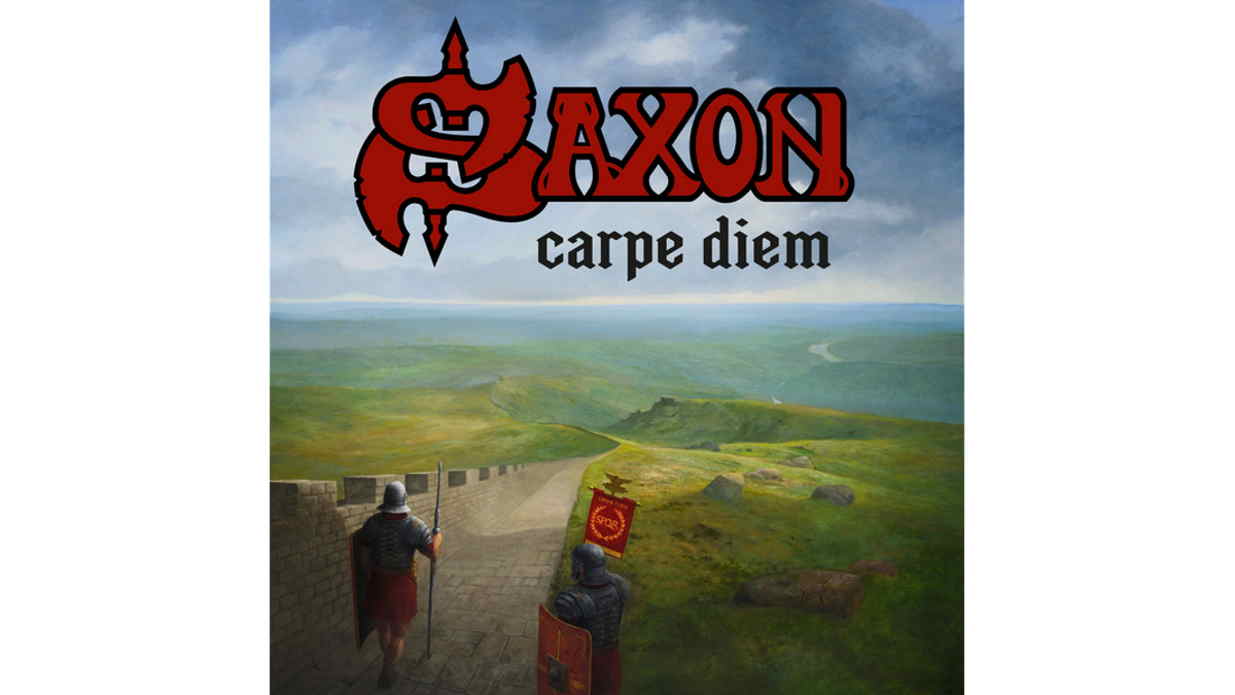 Saxon pay tribute to those lost to the pandemic with their new single and video, "Remember the Fallen". The song comes from the NWOBHM icon's forthcoming album, "Carpe Diem", which will be hitting stores on February 4th.

The music video for "Remember the Fallen" is a reportage-style video montaged with footage of the band's individual recording sessions. Frontman Biff Byford says of the song, "I wanted to write a song about Covid, about the people that have died, and give my perception of how it seemed to happen.

"Certain aspects of it all are quite mysterious, and of course, it hasn't finished yet, has it? We should all remember those who have died as a group of people not really knowing why they died, because the information wasn't there."

The new album was produced by Andy Sneap (Judas Priest, Exodus, Accept and Priest guitarist). Biff said of working with him on the record, "Andy's obviously a very good guitarist, but he's not a blues-based guitarist like our guys are, he's more of a modern style player. And that means the boys (Paul Quinn and Doug Scarratt) love working with him because, again, it's all about the intensity.

"Andy's always pushing the envelope, he doesn't let them get away with anything. They have to play it for real, full speed. He gets great sound, and we want that Gibson/ Marshall '80s sound even if they're not Gibsons and Marshalls. We try and retain that British metal guitar sound that we created for Saxon, and he's definitely an '80s child."

Byford also shared this about the band's plans, "We're gonna be quite busy this year. There are festivals which have been rescheduled from two years ago, we're looking to go to America, we're also going to tour UK and Europe later in the year and like everyone really, we're just keeping our fingers crossed that everything works out and we can do it all.

"We're also recording the second Inspirations album, and as we do that, you never know, we might write a few songs for the next Saxon album..." Watch the video below: